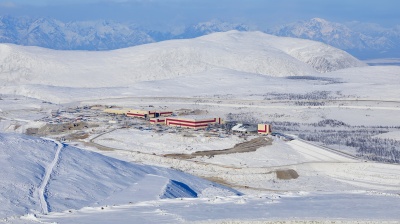 Russian metallurgical company Udokan Copper announced on February 9 that it may reduce its carbon footprint by up to 75% by 2035.

The company, owned by billionaire Alisher Usmanov’s USM Holdings, plans to launch a new site in Udokan in Russia’s Far East later this year – the world’s third-largest copper deposit. Usmanov has spoken of metals as key to a sustainable future due to their important role in green technologies. Copper, for example is an essential component in electric wiring, so is likely to see demand grow as electric vehicles (EVs) replace conventional cars.

The company plans to obtain energy from low-carbon sources in order to reduce its carbon emissions. I-REC certificates will also help the company to track the origin of the power it uses (technology developed by the International REC Standard Foundation to trace the source of energy).

Udokan is also considering developing and using its own energy derived from renewable sources to power its operations. And it will examine the possibility of electrifying its existing fleet of vehicles, it said in a statement.

The Udokan project includes both a mine and a processing plant, which will produce copper cathodes and sulphide concentrate. The first stage of the plant, due to open this year, will produce up to 135,000 tonnes of copper each year, and cost around $4bn.

Global investment in energy efficiency could rise by 16% to $560bn in 2022, the International Energy Agency said, as governments and consumers respond to fuel supply disruptions and record-high energy prices.

A final decision – formal approval – on the new regulation may occur at another emergency meeting on December 13.

Euro sustainable bond issuance in 2023 is not likely to repeat the growth rates seen in the last few years. While governments and agencies could slightly accelerate ESG issuance in 2023, financial institutions' ESG bond supply will lose some steam.

AmonRa wants to raise funds to finance its expansion in Romania and in other Southeast European countries.

COP finished two days late on November 20 without any new agreements on climate change targets or emissions reductions, although a deal was hammered out to set up an as yet uncosted loss and damage fund.

bneGREEN: Energy efficiency investment turns the corner in 2022, but more is needed
15 hours ago
bneGREEN: EU energy ministers agree to speed up permitting and deployment of renewables temporarily
3 days ago
bneGREEN: ING: Euro sustainable bond supply set to stagnate in 2023
9 days ago
Bulgarian PV equipment company AmonRa Energy to hold IPO
11 days ago
bneGREEN: Climate paralysis at COP27 as no progress made on 1.5 degrees
11 days ago