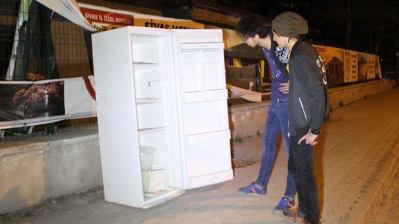 Turkey's looking high and low for FX funding.
By Akin Nazli in Belgrade May 29, 2020

In March, the Treasury tapped €1.26bn from local lenders in EUR-denominated paper with a 0.75% semi-annual coupon.

According to the latest available data, the additional FX liquidity of the Turkish banking industry was $16bn ($5.4bn at home and $10.5bn held in foreign bank accounts) as of May 15. The figure stood at $19bn as of May 1 and at more than $20bn in April. The figure declines as the central bank increases the banks’ swap limits and taps lenders via domestic paper.

The lenders actually had $85.3bn of FX liquidity to their names as of May 15 but $54.4bn was already with the central bank and $14.5bn was in government paper.

In addition to the $16bn left at the lenders, the central bank had $49bn worth of gross FX reserves as of May 15, down from $77bn at end-February. The figure rose to $56bn as of May 22 thanks to $10bn-equivalent in Qatari riyal (QAR) provided in an expanded swap line by Gulf ally Qatar. It seems $3bn had evaporated, ceteris paribus. Some $16bn of the $56bn is denominated in QAR and Chinese yuan (CNY).

The data on the central bank’s open swap stock is lagged. According to the latest statistics, the figure jumped to $36bn at end-April from $30bn as of end-March. This figure will jump to at least $46-50bn in May.

After the April data was released on May 28, Haluk Burumcekci of Burumcekci Consulting calculated that there was around $11bn worth of inconsistencies on the central bank balance sheet, bringing the total amount to $44bn for January-April and to $77bn from January last year to April 2020. These amounts are thought to have been sold via state lenders to support the embattled Turkish lira (TRY).

More dollar selling took place in May to boost the Turkish currency and offset an outflow of funds, bringing total sales this year to more than $50bn, Reuters quoted unnamed bankers as saying on May 29.

Together with interest payments, the Treasury repaid $2.74bn in external debt in May. It will repay another $2.42bn in June, according to data from the finance ministry.

From July 2020 to February 2021, the Treasury will repay around $500mn on average per month on external debts. Repayments will total $4.45bn over eight months until March 2021, when $4.5bn will be repaid, including a eurobond redemption.

Away from the Treasury, the only scheduled redemption by a Turkish eurobond seller during the remainder of this year is scheduled for August when Mersin Port will redeem $450mn (already refinanced).

In what’s left of 2020, the Treasury has Japanese yen (JPY) 60bn of samurai bonds maturing in December. It could at least seek some refinancing options here. Reuters has frequently reported of late that Turkish officials are in talks with the Japanese and that Japan’s troubled PM Shinzo Abe will be providing some financial support to developing countries, some of which, it is implied, could go to Ankara.

It was January 2019 when the Turkish Treasury last sold euro-denominated eurobonds. Since then, it has sold USD paper before swapping them to euro cost.

Fitch’s second rating review release for Turkey is expected on August 21. Moody’s reviews are scheduled for June 5 and December 4, while S&P is set to release its last scheduled review for this year on July 24.

“Have EM flows improved in the last few weeks? YES. Has EM issuance helped? CERTAINLY. Are we past the worst? PROBABLY. Are we back to before the #COVID19 shock? NO. EM flows do NOT show mean reversion atm, we are seeing structural breaks in the series,” senior economist Jonathan Fortun of the Institute of International Finance (IIF) wrote on May 14.

“Following record outflows in Q1, there is a capital inflow to the EMs but this time is different from 2009. The capital acts selectively and there is no full-blown return,” Sant Manukyan of Is Invest told local business daily Dunya on May 29.

“Turkey should show that it is able to repay its maturing debt,” Fatih Ozatay, an economy professor, told the daily.

According to the latest data, Turkey was obliged to refinance a total of $151bn in external debt, excluding obligations to foreign branches and affiliates, in the 12 months ahead as of end-March.

“We are not among the first-picked countries… There is some motion in the last few days but we don’t know as yet whether this is static money or hit-and-runners such as hedge funds,” Serhat Gurleyen of IS Invest also told the newspaper.

“Markets have also been closely following politics in the recent period. The snap polls possibility is the most important thing on the political agenda in the market,” Reuters’ Turkish service reported on May 29 in its morning market wrap-up.

During the Turkish afternoon of the same day, Reuters’ English service reported that President Recep Tayyip Erdogan was planning to push through measures with his ultra-nationalist allies that could hamper two new opposition parties set up by former allies when it comes to taking part in any announced early elections.

On May 27, Yapi Kredi Bank said that it has raised an additional $90mn via the accordion feature of a syndicated loan facility, bringing the total amount to $870mn.

On May 29, Turk Eximbank said that it had increased its syndicated loan facility to $723mn from a previous $678mn via an accordion feature, while it had also signed some other financing contracts, resulting in a total amount of $808mn.

“[From October 2019 to April 2020], approximately 80 percent of maturing syndicated loans was renewed. As for costs, despite the rise in risk premium, there was a Libor-driven decline in total borrowing costs,” the central bank said on May 29 in its latest financial stability report.