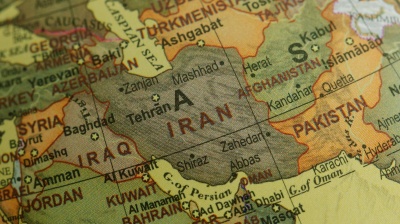 The geopolitical and economic tectonic plates are shifting and something of a tug of war is emerging over what role Iran should play in the new world order. That was plain on June 27 from a series of developments.

France caused a stir when a French presidency official anonymously stuck his neck out to declare to reporters that the international community should explore all options to alleviate Russia’s squeeze on energy supplies to the West that has driven up prices, including talks with oil producers like Iran and Venezuela.

Both Iran and Venezuela remain under US oil sanctions but would have plenty more oil to offer the world if the sanctions were removed. In Iran’s case, such a lifting of sanctions might only occur if indirect talks between Iran and the US to revive the 2015 nuclear deal, or JCPOA, scheduled to take place in Qatar from June 28 are successful.

Interestingly, there were reports circulating in Israeli and other Middle Eastern press that as part of an easing of sanctions ahead of the Qatari talks on curbing Iran’s nuclear development programme in return for sanctions lifting, a US-brokered deal allowing Iran to transfer oil to Syria, with Israeli approval, is in the works.

"There are resources elsewhere that need to be explored," the French presidency official, as quoted by Reuters, said on the sidelines of the G7 summit in Germany, when asked about how to alleviate high oil prices.

The outstanding issue between Iran and the US was no longer linked to the nuclear dossier in negotiations but to US terrorism sanctions, he was reported as saying, referring to Tehran’s demand that Washington’s designation of Iran’s Islamic Revolutionary Guard Corps (IRGC), an entity of the state, as a terrorist organisation be removed.

"So there is a knot that needs to be untied if applicable... to get Iranian oil back on the market," the official was cited as telling reporters. "We have Venezuelan oil that also needs to come back to the market."

As regards Russian leader Vladimir Putin’s plans to reorientate his country’s trade and investment East and South, June 27 brought a report from Iran’s Tasnim News Agency that Iran has applied to join the BRICS (Brazil, Russia, India, China and South Africa) grouping of five major emerging economies. Spokesman for Iran’s foreign ministry, Saeed Khatibzadeh, noted that the BRICS member states make up 30% of the world’s economic output and 40% of its population. Iran’s population is around 85-mn-strong.

As for Iran’s arch-rival across the Persian Gulf, Saudi Arabia, the Guardian reported that top Israeli and Saudi military officials have met in secret US-brokered talks to discuss defence coordination against Iran, while AlJazeera reported that Tehran was claiming the Saudis were ready for more direct bilateral talks on securing a rapprochement between their two countries.

Khatibzadeh was reported as saying: “There are still cases of disagreement between Iran and Saudi Arabia, but they would need to be resolved between the two countries, something that will help the whole of the Islamic world.”

OPEC+ tiny production increase is a slap in face for Biden