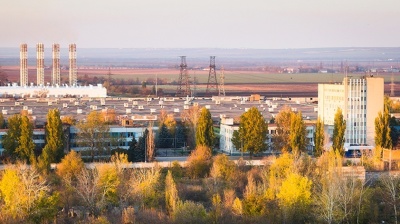 15 coronavirus cases have been reported among workers at Transnistrian textiles giant Tirotex.
By bne IntelIiNews August 26, 2020

The authorities in the separatist Moldovan republic of Transnistria have reported an outbreak of coronavirus (COVID-19) at two textile companies, the Ministry of Internal Affairs said in a statement.

15 of the cases are at textiles giant Tirotex, and a further 10 at the Dubossary branch of Intercentre Lux, another major textiles company.

Operations in the workshops where seamstresses with a confirmed diagnosis of coronavirus had been working have been temporarily suspended, and disinfection was being carried out, the ministry said. However, the two enterprises continue to operate.

Completed in 1972, the Tirotex complex is a giant from the Soviet era that has a spinning-and-weaving mill, a finishing factory, and a fully-automatic sewing factory. The company claims to be one of the biggest textile factories in Europe and produces garments, household linens and surgical gowns and uniforms. It exports to more than 30 countries.

Intercentre Lux is another major textiles company in the unrecognised republic that specialises in down jackets and other outerwear. Its website lists partners including top designer brands Armani, Burberry, Calvin Klein and Prada.

Transnistria is reporting several dozen new cases of coronavirus a day after a recent increase in infections. According to the latest figures published by the interior ministry, 59 new cases were confirmed in the last 24 hours, bringing the total since the start of the pandemic to 1,951. Moldova as a whole has reported over 33,000 cases so far.

Doctors have blamed the increase in Transnistria, which raised fears that a second wave is starting, on a failure to comply with quarantine and other preventive measures.

Larisa Chernienko, manager of a polyclinic in Tiraspol, told state news agency Novosti PMR that the region’s healthcare system is better prepared for a new wave of the virus, expected in the autumn. She criticised residents for failing to social distance and travelling by public transport without masks.

EEU riven by instability from Bishkek to Belarus