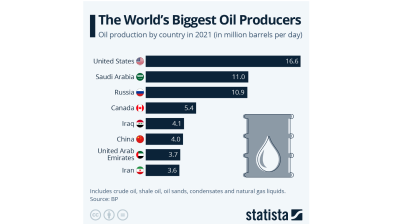 Russia was briefly the world's biggest producer of oil at 11mn barrels per day, but has since been overtaken by the US and Saudi Arabia. The Ukraine war will further reduce its output, but by less than most analysts feared earlier in the year. / bne IntelliNews
By Anna Fleck for Statista December 7, 2022

The United States is by far the world’s biggest producer of oil, having produced around 16.6mn barrels of per day (bpd) of oil on average in 2021, Statista reports.

Saudi Arabia and Russia follow virtually neck and neck in second and third place, having produced around 11 and 10.9mn barrels of oil per day respectively.

According to data compiled by BP, the top three countries produced more oil than the bottom seven countries in the top 10 combined. Completing the top ten roundup are Brazil with 3mn bpd and Kuwait with 2.7mn bpd.

This year Russia’s oil production has held up remarkably well, considering the sanctions on transport and self-sanctioning by oil traders in the developed countries that are avoiding Russian oil.

Most of the reduction of oil exports to Europe, which are down by half compared to 2021, has been taken up by India and China, which have become Russia’s top customers. In October Russia was still producing 10.7mn bpd, but that fell to 9.9mn bpd in November.

Following the imposition of the EU’s oil price cap and embargo on December 5 production is anticipated to fall and could end the year at around 9mn bpd; however, the overall level of output for 2022 is expected to be on a par with that of 2021 or even slightly ahead. At the start of the war the government was predicting a 15% fall in production this year.

The outlook for 2023 is very uncertain as much depends on how successfully the West can enforce its oil price cap scheme, but analysts predict that production could shrink by anything between 0.5mn bpd and 1.5mn bpd. 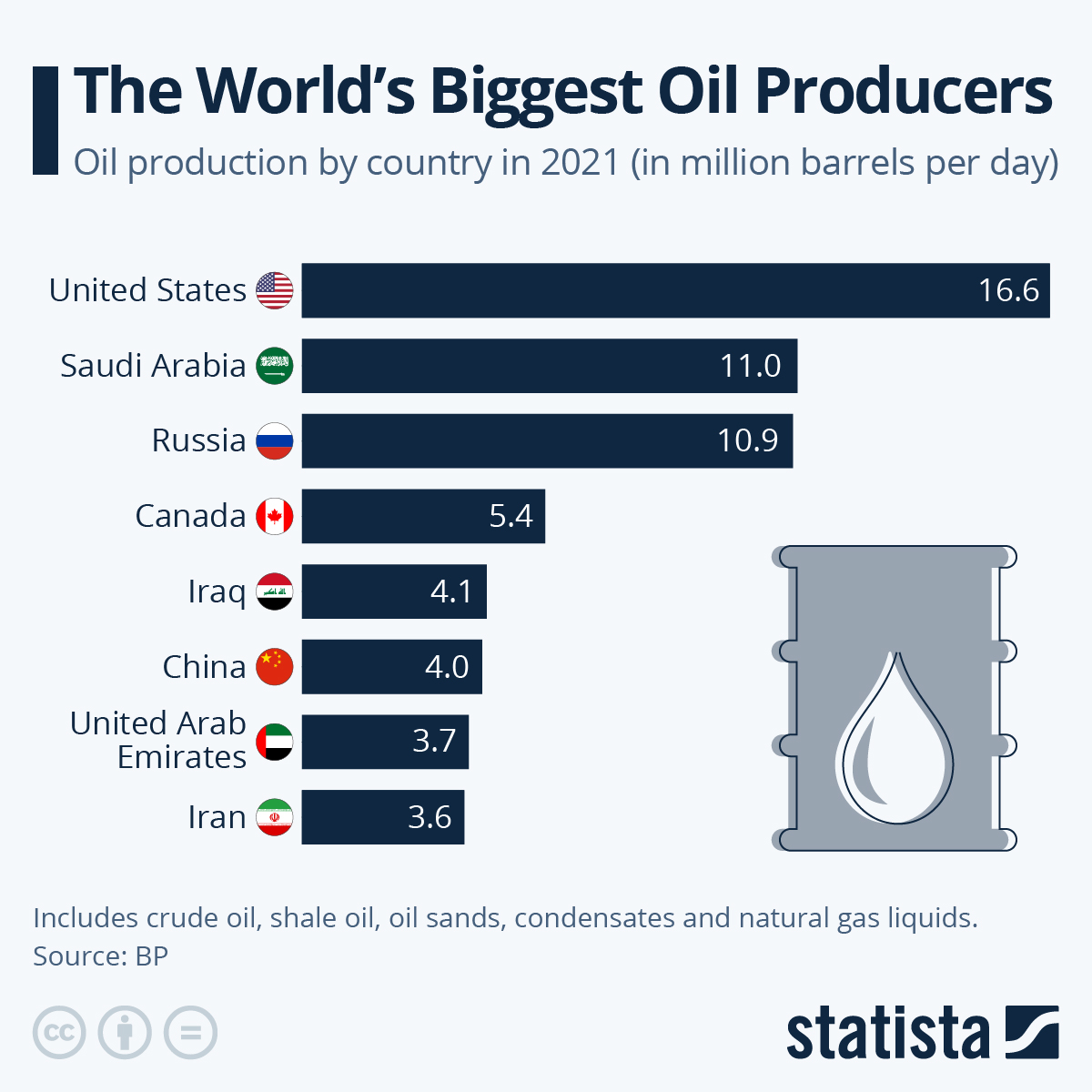 The National Bank of Moldova slashed by 3pp to 17% the monetary policy rate, announcing expectations for quick disinflation throughout this year and hopes for the annual inflation to enter the target band (5% +/-1.5pp) in the second quarter of 2024.