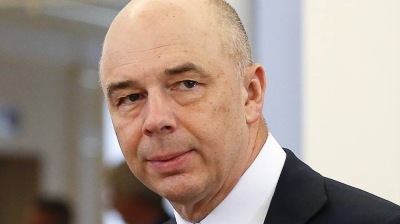 Russian Finance Minister Anton Siluanov has just put through a new budget that will see modest tax rate increases for almost the first time in 20 years
By bne IntelliNews September 21, 2020

The Kremlin has approved a new budget that will greatly increase spending but has also used the cover of the coronacrisis to hike a variety of taxes, many for the first time.

Spending is due to rise. Revenues are going down, but the tax rates in Russia compared to most European countries are very low and simple. Putin introduced a flat tax regime when he first took office and has barely touched the rates since them. The problem was not how expensive taxes were, but simply a question of being able to collect them. But following a big reform of the service in recent years, and the added pressure of coronacrisis-related extra spending, the Kremlin has decided the time has come to increase the tax rate for businesses and people.

The Russian government approved the Ministry of Finance’s proposal for Russia’s 2021-23 budget on September 16, which has been amended to adjust for the effects of coronavirus. The document foresees a 4.4% GDP deficit in 2021, 2.4% in 2022, and 1% thereafter.

At the same time, the Ministry of Finance (MinFin) is going to follow through on a threat in July to cut all unprotected budget items by 10% across the board. This includes cutting the weapons programme by 5%, and getting rid of cost-of-living increases for civil servants all together. All of this would save RUB2.7 trillion ($35.8bn) in 2021 compared to the record “coronavirus” spending in 2020. They planned to continue the “consolidation” in 2022. This sequestration plan drew sharp criticism from experts, who argue that in times of crisis you need a fiscal stimulus, but MinFin has always been very conservative and Russia has in effect been living under austerity for years already as the Kremlin emphasises security over prosperity and keeps spending to a minimum.

“An interesting feature of Russia’s fiscal policy this year is that it gives top priority to the task of protecting accumulated government reserves, the National Welfare Fund,” says BSC Global Markets chief economist Vladimir Tikhomirov. “The government and the Kremlin have clearly decided against a massive draw on NWF, even though the prime objective of the Fund was to support the budget at times when its revenue came under pressure due to falls in crude oil prices. Instead, a search for other sources of funding for arising budget deficits has led authorities to agree to a significant rise in the volume of domestic public debt. A planned spike in state borrowings appears set to become the major source of funding for this year’s and future fiscal deficits.”

The foreign currency and gold reserves (Fx/gold of GIR, Gross International Reserves) of the Central Bank of Russia (CBR) tipped over the historic record-high mark of $600bn as of August 7, making back almost all the ground lost in the 2008 global financial crisis. This huge lake of cash is the foundation of Russian President Vladimir Putin’s “fiscal fortress” that makes Russia impervious to any new US sanctions and the Kremlin is determined to keep this reserve intact, as it has become a strategic asset.

A lot of work has already been done on reforming the tax system to make it more efficient. Prime Minister Mikhail Mishustin was head of the tax service before he was promoted at the start of this year, where he carried out a revolution. He ended many exemptions and scams as well as installing a new IT system that transformed the tax collection business: Russia’s tax take increased by 20% on Mishustin’s watch, while the tax burden only rose by 2pp. But Mishustin has squeezed out most of the easy gains from running the system better. Now the Kremlin is planning to start raising tax rates.

The coronacrisis has provided the Kremlin a golden opportunity to increase some taxes that it has wanted to hike for a while, but was reluctant to change due to the negative impact they would have on the government’s already shaky popularity.

The Kremlin already introduced a 2pp hike to VAT at the start of last year as a way to raise more money; VAT accounts for about a third of Russia’s budget revenues by itself. It also jammed through an increase in the retirement age in 2018, hoping to bury the bad news by announcing the change on the day the Russian nation football team played a game during the World Cup, a ploy that failed, as the population was not happy with the change.

Now Russia is in the midst of an epidemic the Kremlin has taken the opportunity to hike some more taxes. Amongst the changes already announced is an introduction of personal income tax on interest earned on bank deposits, a shift to a (mild) progressive income tax rate, a review of double taxation agreements with offshore zones aimed at increasing tax collection from dividends paid by Russian entities, and a rise in excise taxes on tobacco.

The increase in income tax is particularly radical, as on taking office in 2000 the first thing Putin did was to introduce a flat 13% income tax on workers and a 24% flat rate on corporates. Those taxes have not been changed in 20 years, despite the fact that incomes have soared and the economy has more than doubled in size. The flat income tax has been the bedrock of Putin’s policies on income tax so the introduction of a progressive tax on incomes is a very big change.

Still, the Kremlin is being very cautious, as the threshold for higher taxes has been set so high only the very rich will be affected. The plan is to hike the new “top end” income tax by a mere 2pp to 15% for those earning more than RUB2-3mn ($29,000-42,000) annually, when the per capita income in December 2019 for the vast majority of Russians was $6,533, according to Rosstat.

The Kremlin is also looking elsewhere for fresh sources of revenue. The raw materials sector is another obvious honey pot, and a lot of work has already been done here too with changes to the mineral extraction tax (MET) and the so-called tax manoeuvre that will in effect end subsidies to Belarus that has been the cause of constant conflict with Minsk over the last year.

And behind all these changes is the hope that they will be temporary. The government is planning to get through the next three years but after that the expectation is that oil prices will recover from their recent fall and the government will be flush again.

“Russia’s budget policy rests on a mix of populism, higher taxes for the middle class and promises of continued fiscal support for the poor, each seen as an effective tool to garner support for the ruling party in an election year. However, we are not sure in this approach: we would not be surprised to see populist pressures on the government rising rapidly by mid-2021, ahead of the next Duma elections. Nevertheless, the current stringent budget framework certainly provides authorities with flexibility, especially if the future macro picture turns out to be more upbeat than that projected in the new budget,” says Tikhomirov.

It's been on the Kremlin’s agenda for years, but now the Russian economy is finally being rapidly digitised. Russia's leading supermarket chain X5 has launched a radical transformation of its business.

The taxman is annoyed by how much revenue is lost on online payments.

Russia’s leading discount store Fix Price’s promise is you can buy anything in the store for RUB199, or about $2.60. And that is just what consumers want as the company reports 15 quarters in a row of double-digit growth