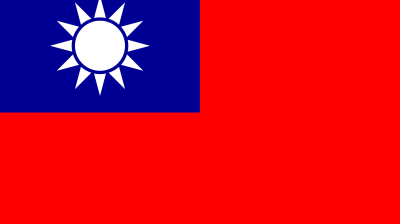 Taiwan is a more significant investor across much of Central Europe.
By bne IntelliNews October 26, 2021

Taiwanese business representatives signed a series of memoranda with the Czech and Slovak governments during the country's largest mission to both countries, with a focus on online security, the space industry, the development of catalyst technologies, precision engineering, industrial innovations, research and development, investments, the green economy, smart cities and alternative mobility.

The Taiwanese group led by Taiwanese Foreign Minister Joseph Wu is visiting Czechia, Slovakia and Lithuania from October 20 and 30 to promote trade ties and investment. The visit is symbolic of the resurgence of links between the countries and Taiwan, and the downgrading of ties with China, which claims Taiwan as part of its own territory and loudly condemns any actions supporting Taiwanese independence.

Czechia and Lithuania in particular have moved away from China and have cultivated ties with Taiwan over the past couple of years, amid disappointment with the lack of Chinese investment and resentment at what is seen as Chinese bullying.

Taiwan is also a more significant investor across much of Central Europe.  According to the Slovak Economy Ministry State Secretary Karol Galek, Taiwan is the second largest Asian investor in Slovakia. So far, the country has already invested over €0.5bn in Slovakia.

Beijing has already threatened to retaliate, Reuters reported. "China will take appropriate and necessary measures to firmly defend national sovereignty and territorial integrity. No one should be under any illusions in this matter," Chinese diplomatic spokesman Wang Wen-pin said.

Therefore, Taiwanese companies are very cautious and do not allow Czech organisers to disclose their identity, due to threats coming from China. "The companies don't want to be mentioned anywhere, even if they are big global names. They don't want to provoke, they are purely after business. We are waiting to see what it will do, if the Chinese protests come. The real danger is to Czech-Chinese trade, which depends on political support," said Pavel Divis, chairman of the Czech-Taiwanese Chamber of Commerce.

According to Czech Senate Speaker Milos Vystrcil, by developing cooperation with Taiwan, Czechia is not violating anything. “We are confirming our identity, sovereignty and independence," Vystrcil said at the press conference, responding to a question about whether deepening cooperation would lead to increased resentment from China.

"Our obligation is to behave in a way that keeps us free, that supports democracies in other places in the world, and that is economically beneficial to us," Vystrcil added.

According to Vystrcil, Czechia and Taiwan have very good prospects for cooperation in electromobility and semiconductor technologies, banking, medical supplies and tourism support. The business delegation is meeting with Czech companies in the automotive sector, chip manufacturing, space technologies, the pharmaceutical industry, smart engineering, biomedicine, cybersecurity, tourism and logistics.

"It will never again be about how many jobs or investments will be created this way. Taiwan is not asking how many free hands we have, but how many brains we own. They are looking for value-added technology companies. Czech companies are playing to get a direct line to the world's top business," said Divis.

Two Taiwanese banks, the semi-state Taiwan Cooperative Bank and the state-owned Taiwan Export-Import Bank, plan to open branches in Prague. The directors, Paul Lei and Tai Teng-shan of Export-Import Bank, are meeting this week with the representatives of the Czech Ministry of Finance and the Czech National Bank to work out the details.

"In the EU, we have one office in Brussels that serves Western Europe. We are now thinking about expanding operations to Central and Eastern Europe. And we chose Prague because we know that the Czech Republic is the most industrialised and developed economy in the region," Paul Lei, managing director of Taiwan Cooperative Bank, told daily Hospodarske Noviny.

"Representatives of both banks have confirmed their intention to set up official representative offices in the Czech Republic," confirmed Martina Tauberova, deputy minister of industry and trade.

Czech industrial output posts a drop of 4.9% y/y in October
COMMENT: New rightwing Czech government will have a short honeymoon unless it learns lessons from the past
EU challenges China’s Belt and Road with €300bn Global Gateway

Talks have begun with the US over Ukraine crisis, but Kremlin playing a long game
2 hours ago
In first ICJ rulings, Armenia largely comes out on top of Azerbaijan
3 hours ago
Romania’s ruling coalition divided over “solidarity tax” for large companies
3 hours ago
Corruption scandal brings down senior Fidesz politician
3 hours ago
Putin-Biden summit fails to resolve the Ukraine military build-up crisis
11 hours ago