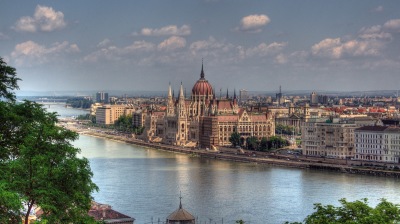 The latest Hungarian Map Plus government bond may be the most successful and sought-after investment product of all time, the government says
By Levente Szilagyi in Budapest August 7, 2019

Retail investors subscribed to HUF1.5 trillion (€4.6bn) of the new five-year so-called retail “super bond,” since the beginning of June, the government announced on August 6.

The latest Hungarian Map Plus government bond may be the most successful and sought-after investment product of all time, said state secretary of the Finance Ministry Gabor Gion announced on Tuesday.

Data suggests that that new retail bond may steer new income towards savings and also reduce the cash stock of households. This is supported by recent estimates that sources of new subscriptions come from investment funds, bank deposits and cash.

Hungarian banks' stock of retail forint deposits fell by about HUF242bn in June alone the sharpest monthly drop in more than a decade, as investors diverted their savings to the new retail bond.

Map Plus offers an annualised yield of 4.95% if held for the full five-year maturity, the highest among other government bonds in the portfolio of the state debt manager AKK. Retail investors can redeem the bond with very little cost and it is also exempt from capital gains tax.

The latest data from the Hungarian Investment Fund and Asset Management Companies (BAMOSZ) showed that clients withdrew HUF179bn from funds in June, which was also the highest in a decade.

Map Plus is part of the government 13 point action plan, which seeks to guarantee that Hungary's economic growth exceeds the EU's average by at least 2pp. It involves tax cuts, reducing bureaucracy, simplifying procedures, modernising the training of skilled workers and expanding dual education programs.

Credit rating agencies also took note of the growing share of domestic financing of state debt in their revision of the country's credit rating, the Finance Ministry said. The share of foreign-currency debt has fallen from 52% of the total debt in 2011 to 20% in 2018.