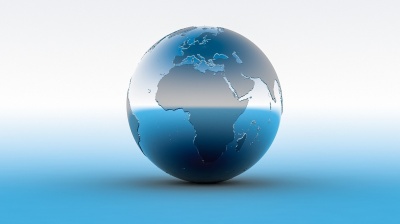 The World Bank’s Country Climate and Development Report (CCDR) has highlighted an array of policies South Africa needs to implement to achieve its climate goals through three interconnected transitions.

Despite South Africa’s ambitious sustainable development goals (SDGs), it suffers from an incomplete socioeconomic transition due to its history of apartheid. Adding to that, the report says, it endures other major economic and social challenges that are aggravated by the Covid-19 pandemic and climate change risks. It is also the most unequal country in the world, according to the World Bank, with race a key factor.

The CCDR was published in collaboration with the Presidential Climate Commission and other South African counterparts in the public and private sectors, academia, organised labour, and civil society. It suggests that South Africa incorporates a three-transition programme to achieve its goals:

South Africa continues to rely on coal to produce most of its electricity and the coal sector remains significant to the country’s national economy. The power sector depends on poorly maintained coal power plants, leading to high levels of load-shedding since 2007. According to the CCDR, load-shedding levels reached 1,950 hours (or almost 1/3 of total time) in the first nine months of 2022.

The report proposes to substitute coal as the main energy source, as it would deliver substantial local benefits such as avoided load-shedding and improved energy security, economic competitiveness, reduced air, water, and soil pollution, and lower greenhouse gas (GHG) emissions.

It suggests a shift from coal to renewables, complemented by storage and natural gas, to achieve net-zero carbon emissions by 2050.

“Renewables are among the cheapest and quicker solutions to increase electricity supply and reduce the strain on existing generation capacity. Adding more power to the grid is needed to address the chronic deficit of power generation that leads to rolling blackouts, harming productivity and economic growth,” says Marie-Francoise Marie-Nelly, World Bank’s Country Director for South Africa.

The country’s infrastructure, agriculture, and human capital are highly affected by climate change. It is critical to adopt several strategies and actions for a more resilient society in order to mitigate climate risks that overshadow South Africa’s development.

In 2021, for instance, South Africa declared its third national state of disaster for drought in the last four years.

Achieving a resilient transition necessitates significant investments in the water, road, and agriculture sectors as well as in cities. These investments should be implemented as early as possible to reduce vulnerability. According to the CCDR, it is estimated that the investments will amount to 1.3% of the country’s GDP per year between 2022 and 2050.

The just transition consists in protecting the poor and vulnerable, as they can be disproportionately more exposed to climate-related risks, less able to cope with them, and are underrepresented in decision-making processes.

The South African government has adopted the (Just Transition Framework) JTF to put people at the centre of its climate strategy. It aims to find efficient solutions to alleviate the impacts of climate risks and the substitution of coal on communities and businesses.

“More affordable housing, water and sanitation, and electricity, as well as better access to good-quality education, skills training, and health services are important elements to support the climate resilience of the poor,” proposed the CCDR.