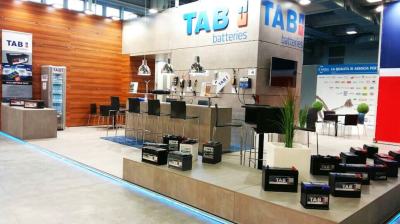 Slovenian company TAB will invest €25mn in the construction of a starter battery plant in eastern part of North Macedonia, the government in Skopje announced on May 28.

The authorities in Skopje are making efforts to create favorable conditions in aim to attract more FDI in North Macedonia. In 2018, net FDI in the country more than tripled to €624.5mn, which was the biggest amount in years.

The investment was announced during the two-day visit of a Macedonian business delegation led by Prime Minister Zoran Zaev to Slovenia, where he met his Slovenian counterpart Marjan Sarec.

The new Slovenian plant that will be located in the eastern town of Probistip will open 90 jobs.

TAB already operates in North Macedonia under its local unit TAB MAK, after it took over the Vesna SAP battery plant, formerly known as Zletovo in 2012.

During the meeting in Ljubljana, Zaev and Sarec expressed mutual interest in strengthening economic ties further, in order for the trade exchange between the two countries to increase to €500mn from €300mn.

The International Monetary Fund (IMF) criticised the North Macedonia’s government for raising the minimum wage by 44% cumulatively since 2017 amid low productivity growth, according to its ... more

North Macedonia’s central bank decided on January 15 to cut the key rate to 2% from 2.25%, assessing that there is a space for further easing of monetary policy. The decision was based on ... more