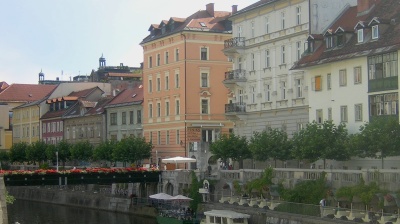 By Valentina Dimitrievska in Skopje October 26, 2021

Slovenian central bank said on October 26 that the growth of the country’s economic activities remains high, but showed signs of moderation.

Slovenia’s economy contracted by 4.2% in 2020. According to statistics office data, Slovenian economy posted a strong GDP growth of 16.3% year on year in real terms in the second quarter of 2021, following 1.6% growth in the previous quarter, but it is expected to slow down in the upcoming period.

“The utilisation of production capacities is high, the pre-crisis level of activity has been reached, but there is a noticeable shortage of raw materials, intermediate products and skilled workers, and the growth of freight transport has slowed down,” the central bank said in the statement.

Growth this year is still expected to be robust: earlier this month, the International Monetary Fund (IMF) considerably improved its forecast for Slovenia’s GDP growth in 2021 to 6.3% from its May projection for 3.9% growth.

In September, Slovenia posted an average inflation of 2.7%, due to a hike in energy prices against last year's low base and increasingly expensive oil.

“At the same time, prices of non-energy industrial goods are rising at the fastest pace since 2008, as companies have problems with high raw material prices and irregular supply of intermediate products,” the statement said.

Regarding the labour market, the number of employed people (902,000) reached the highest level in July, and the registered jobless rate also fell in August and September. Companies are increasingly hiring foreign workers, which alleviates wage pressures, according to the central bank.

Year-on-year growth in average gross wages, which stood at 7.1% in July, is largely due to higher wages in the public sector.

The country's general government position improved at an annual level in the first half of the year, with a rapid economic growth.

Due to the low base effect and the additional acceleration of economic activity, general government revenues rose even more sharply in the second quarter than in the first, while expenditure growth slowed considerably, so that the budget deficit also narrowed.