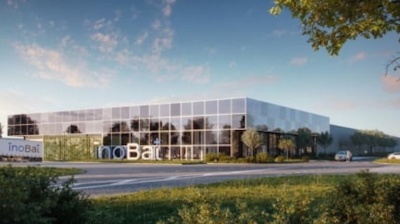 Electric vehicle (EV) battery technology company InoBat has signed a declaration of intent with the Serbian government on the construction of a major new EV battery factory.

The new gigafactory will help to meet the growing demand for electric car batteries in Europe. Serbia is an increasingly important destination for manufacturing auto components.

InoBat said in a press release on November 14 that the Serbian government will provide “financial and material support”. It did not disclose the size of the support, but according to Reuters it will provide funding of up to €419mn including grants and tax incentives.

Marian Bocek, CEO of InoBat, commented that the Serbian government had been “exceptional partners”. “The agreement reflects our shared ambition for the future of green mobility and the importance of fostering sustainable growth models,” he added.

The factory project will also be supported by the International Finance Corporation (IFC), part of the World Bank group, via its early-stage project development engagement with InoBat.

Ary Naim, IFC regional manager for Central and Southeast Europe, said: “Serbia is well positioned to continue attracting manufacturing investment, and become a centrepiece for the e-mobility revolution in Europe, creating new jobs and opportunities in the economy of tomorrow for decades to come.

“An InoBat gigafactory in Serbia could serve as the anchor that will catalyse much more investment up and down regional manufacturing value chains,” he added.

According to Reuters, the plant will have capacity of up to 32 gigawatt hours (GWh), but when it opens in 2025 it will have an initial capacity of 4 GWh.

Serbian Prime Minister Ana Brnabic welcomed the agreement.  “This is an important milestone for Serbia in positioning our country as a great contributor to sustainable and green future and among leading European players in this highly innovative and ground-breaking strategic industrial sector,” she said.

“The InoBat investment is more proof of our efforts to ensure that Serbia is developing in line with the newest technological and industrial trends and that our country is a top investment destination.”

Demand for EV batteries has “skyrocketed” in major automotive markets in Europe and the US, according to a new report from McKinsey. The consultancy forecasts that global demand will grow by around 30% to almost 4,500 GWh a year by 2030.

Several South Korean e-car battery makers have chosen Hungary for their production sites, while LG Chem picked Poland’s Wroclaw for a lithium-ion cells and batteries factory.  In addition to the East Asian giants, there have been some investments in the region by European battery producers such as German Draxlmaier’s battery factory for electric cars in Romania and Belgian tech corp Umicore’s battery components factory in Poland.

RBI's 2022 profits soar to €3.6bn, with Russian operations representing more than half
Russian gas pipe flow dips to record low in January
Only Hungary and Russia heading for recession in 2023 as Emerging Europe shows its resilience