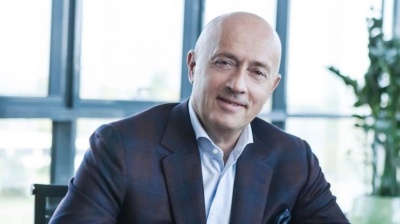 Sberbank Europe agreed earlier this month to sell five units in the Central and Eastern Europe region to Serbia's AIK Banka, Gorenjska Banka of Slovenia and Agri Europe Cyprus. The man behind the acquisition of the Russian bank's regional units is Miodrag Kostic, the Serbian tycoon known as the “sugar king” but who is increasingly moving into the banking and hospitality sectors.

But who is Kostic? The 62-year-old businessman was born in Vrabas, Yugoslavia, in what is now the autonomous Vojvodina province of northern Serbia. He started making money at the age of just 15, carrying bags of cement. He became a member of the Communist Party of the former Yugoslavia two years later, but is a staunch advocate of private business; he famously commented that private is always better than public.

Kostic graduated from the Faculty of Economics at the University of Novi Sad at the Department of Information Technology in 1983, launching his own company the same year, a trade, import-export and manufacturing business. By the mid-1990s this had grown into MK Group, which today employs over 6,000 people across Serbia and Southeast Europe.

This was an era of war and political turmoil in Serbia as the government in Belgrade tried and failed to keep control over the other Yugoslav republics and Kosovo. For a while, Kostic was involved in politics. From 1990, he financed the Reformists, and from 1996 until the overthrow of Serbian dictator Slobodan Milosevic, he was the director general of the Democratic Party of Serbia. “The fight against Milosevic really cost me a lot, both privately and financially and healthily,” Kostic said back in 2004, as quoted by Vreme.

After the democratic changes in Serbia, MK Group went from strength to strength. Since 2000, MK Group has managed sugar factories (factories Pecinci, Vrbas, Kovacica), more than ten agribusiness enterprises, trade and warehouse complexes. It was during that period that Kostic earned the nickname “sugar king”.

In the following years, MK Group grew and expanded so that by 2017 the group consisted of 29 companies — among them meat processing company Carnex Vrbas, sugar producer Sunoko, trading company Agroglobe, agricultural company PIK-Becej and others — most of which are in Vojvodina, whose fertile land makes it the main location for agribusiness in Serbia.

As well as adding to the group, over the years Kostic also put efforts into raising corporate governance, which helped the group to secure an equity investment from the European Bank for Reconstruction and Development (EBRD) — the development bank’s first in primary agriculture in Serbia. “10 years ago, we did not know about corporate governance. It was like a different language. However it is the language that investors speak and so we had to learn it,” Kostic told a conference in 2014.

In recent years, MK Group had expanded its business from agribusiness to wholesale trade, hospitality and banking.

In 2009, the MK Group expanded to the field of tourism and founded the company MK Mountain Resort, which owns the Grand Hotel & Spa on Kopaonik, the main ski resort in Serbia. With the later establishment of the Istrian Hotels MK group, the portfolio of hotels was extended with the 88 Rooms Hotel in Belgrade (later sold to Arena Hospitality Group) and the Kempinski Palace Hotel in Portoroz, Slovenia, minority owned by Budvanska Riviera Hotel in Montenegro, and cooperation was established with the Sheraton hotel chain, opened in Serbia in March 2018. The youngest member of this company is the luxury hotel complex Skiper Resort in Istria.

At the beginning of the pandemic in March 2020, Kostic’s hotel in Novi Sad was handed over to the Milan Jovanovic Batut Institute for Public Health, and MK Group donated to the Institute of Virology, Vaccines and Serums Torlak, which is now producing the Sputnik vaccine. MK Group also helped Croatia after the devastating earthquakes in 2020.

From beets to banks

All three financial institutions that took over Sberbank’s five units in the CEE region — AIK Banka Srbija, Gorenjska Banka Slovenia and Agri Europe Cyprus — are interconnected parts of the MK Group business empire. Although the statement did not publish the size of the transaction, it is certain that this is one of the most significant takeovers in the former Yugoslavia of all time.

But this was just the latest transaction by Kostic’s companies as he builds up a banking empire.

He started out with the takeover of Serbian AIK (an acronym for Agroindustrijski kombinat Nis) bank, a Serbian blue chip that was one of the one of the most traded shares on the Belgrade bourse at the time of the investment in 2014. The acquisition was carried out via sugar maker Sunoko, controlled by Kostic.

Two years later, Kostic started building up a stake in Gorenjska banka, a small private bank in Slovenia, which it finally acquired in 2019. That deal was particularly significant as it made AIK the first Serbian bank to step into the European Union market.

In Serbia, Greece’s Alpha Bank sold its local operation Alpha Bank Srbija to MK Group, as Greek banks pulled back from the Balkans region. He was among those interested in acquiring Serbia’s Komercijalna banka ahead of its privatisation, though the bank was eventually sold to Slovenia’s NLB. In June 2020, Kostic's MK Group completed the process of purchasing 67% of Victoria Group shares, and at the same time the group completed the acquisition of the Slovenian subsidiary Heta Asset Resolution.

Uzbekistan: How a power outage sent a country into meltdown
4 hours ago
Emerging Europe M&A soars by 55% to €94bn in 2021
1 day ago
Lithuania looks for quality, not quantity in fintech
1 day ago
Who needs a war?
2 days ago
Outbreak of calm grips Ukraine
2 days ago