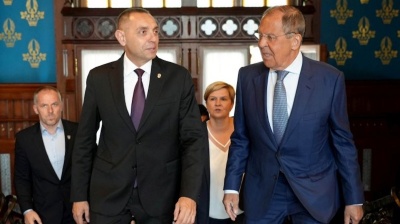 Serbia’s Interior Minister Aleksandar Vulin paid a two-day visit to Moscow on August 22-23, during which he met Russian Foreign Minister Sergey Lavrov and other Russian officials.

The visit was made at a time when Belgrade is under Western pressure to find a compromise solution with Pristina by September 1. The US and EU diplomatic offensive in the region was launched following tensions in northern Kosovo sparked by new entry/exit regulations which angered local Serbs there.

Serbia is almost the only country in Europe which is defying the EU and US sanctions against its old ally Russia imposed due to the Russian invasion of Ukraine.

During the meeting with Lavrov on August 22, Vulin, who is a pro-Russian politician, underlined that Serbia does not forget the centuries-old brotherhood between the two countries.

He also expressed gratitude to Russia for not recognising Kosovo and consistently respecting the territorial integrity of Serbia.

Regarding the recent tensions in northern Kosovo, Lavrov's cabinet said in a statement following the meeting that there is a need for a solution based on strict observance of international law with full respect for Serbia's sovereignty and territorial integrity.

In June Lavrov was set to visit Belgrade but the visit was cancelled, after several of Serbia’s neighbours announced they would not allow his plane to overfly their airspace due to the sanctions.

Vulin also met CEO of Russian state state-owned defence company Rostec, Sergey Chemezov, with whom he talked about the cooperation between the Russian company and his ministry.

Vulin pointed out that the procurement of technical equipment produced by Rostec is extremely important for improving the capacities and efficiency of the Serbian police.