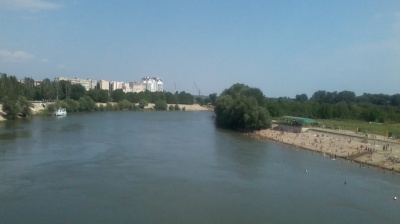 The government of the separatist region of Transnistria, in Moldova, has decided to reduce development spending in order to secure safe payment of social security benefits, in the context of a severe economic contraction expected at 17-20% this year.

Transnistria estimates that its economy expanded by 40% in 2021, after the pandemic year 2020, but it is now being severely affected by the war between its neighbour Ukraine and its supporter Russia.

During a meeting convened by the leader of the self-proclaimed Transnistrian republic, Vadim Krasnoselsky, the republic’s Prime Minister Alexandr Martynov spoke about the problems posed by the war in Ukraine: starting from blocked exports and imports to costly changes in the logistics chains and consequently reduced production.

Martynov noted that although after four months the budget revenues are in line with planned indicators, the local budget needs to be revised, as estimates show that revenues of almost 590mn Transnistrian rubles (about $36mn) will be lost. Transnistria’s GDP hovers around $1bn.

According to Martynov, the revision of the development programmes will save about 642mn Transnistrian rubles to cover income shortfalls and allow the authorities to meet all their social obligations.

Separately, Moldovan officials indicated that they do not believe the government of the breakaway republic wants the situation to escalate or for Transnistria or the whole of Moldova to become involved in the war.

Both Foreign Minister Nicu Popescu and parliament speaker Igor Grosu commented on the situation recently, following a series of unexplained explosions at targets within Transnistria.

Popescu told Reuters in Brussels that “internal elements” in Transnistria are trying to destabilise the area and stoke tensions.

Meanwhile, Grosu said that the authorities in Transnistria wish to calm down the situation and do not support the pro-war faction that is formed by “some structures” (possibly the army and the intelligence services).

“There are two camps on the left bank of the Dniester. There is a pro-war one, which probably wants to worsen the situation, and there is another — more pragmatic, more business-oriented, which has businesses there and does not want to escalate the conflict, the involvement of this territory in the actions in Ukraine," he explained to the public broadcaster Moldova1.

The parliament speaker confirmed that Moldova’s authorities trust the authorities of the separatist region do not want the conflict to escalate.

"The conclusions we can make now are that the so-called Transnistrian administration understands how dangerous it is to destabilise the situation and escalate the conflict, they are against and do not support this [pro-war] group. At the social level and at the level of the so-called administration, we see natural concerns and fear of the possible escalation of the situation. They don't want [war]," said Grosu.