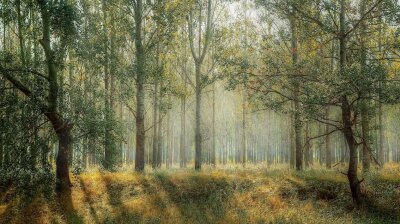 Seed-scattering drones from the local private company Magic Forest are attempting to replant remote forests damaged by fires in Croatia that cannot be reached by land, Reuters reported.

The tactic applied by the Croatian company differs from other similar initiatives as the drones disperse seeds in larger containers than those seen elsewhere. They are the size of a golf ball and release ingredients to form a favourable micro-environment for a seed to take root, according to its creators.

"Besides an acorn we also put sand, grass, clay and chili inside", Reuters quoted Goran Ladisic, one of the leaders of the Magic Forest company, as saying.

"Importantly, we put chili because, in this way, the wild animals - in case of an oak it refers to wild boars - will not eat the seeds," he added.

The initiative was backed by the Promina municipality where a lot of forest fires happen during the summer.

The initiative has been developed over the past two years and the tests have shown that more than 40% of the seeds dispersed by the drones had planted.

Magic Forest has been in contact with partners in Austria, Bosnia & Herzegovina, Montenegro, Ukraine and California.