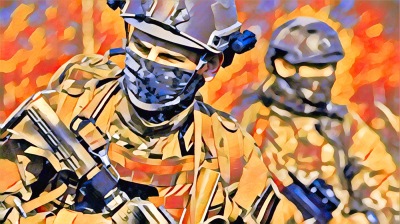 The Kremlin commissioned a secret poll to test Russians' attitudes to the war in Ukraine and found growing dissatisfaction. / bne IntelliNews
By Andrey Pertsev for Meduza November 24, 2022

The Kremlin secretly commissioned a series of focus groups to probe public attitudes about the war in Ukraine, and the findings aren’t encouraging for Russia’s president, Meduza reported on November 22.

Earlier this November, Kremlin-commissioned pollsters conducted a series of secret public opinion studies across multiple regions of Russia, including both the Far East and the Central Federal District (which contains Moscow).

To the concern of the Putin administration, the focus groups revealed a demoralised population with an overwhelmingly pessimistic view of the future. Two Kremlin insiders spoke to Meduza about the results of these studies and how the search might affect the regime’s plans for a second round of mobilisation.

The focus groups commissioned in secret by the Kremlin indicate that Russians are “far from optimistic about their future and the future of their country.”

“This doesn’t amount to joining the opposition or a wholesale rejection of the special military operation,” says one of Meduza’s sources, who describes the respondents’ attitude as “indifference and apathy.”

“Nothing inspires them, and nothing propels them forward,” the source explains.

In responses to questions, the study’s participants spoke with a tone of voice that implied: “Leave us alone.”

This mood cannot be attributed entirely to Ukraine’s military successes or even to Russia’s recent surrender of Kherson. Instead, if they accept the evidence, officials in the Kremlin must acknowledge that the Russian people are simply “tired of war in principle.”

Sources familiar with the study and its findings told Meduza that the Russian public questions the reasons for the war more often than before, in spite of state propagandists’ efforts to present the invasion as inevitable and justified. For many respondents who spoke to pollsters, questions about the causes of Russia’s present problems often lead back to the war.

Last April, Meduza wrote about earlier opinion polls (also commissioned by the Kremlin) that documented a thriving fighting spirit among Russians who were excited by the prospect of victory in Ukraine. The veracity of these studies remains unconfirmed, however, partly because of the inevitable distortions that plague opinion polling, especially in wartime.

In the quantitative surveys, just 19% of respondents said they expected their life to improve anytime soon, 29% expected changes for the worse, and another 36% said life would stay the same. More than half (57%) of all respondents admitted to being tired of the war and of hearing about it. (For comparison, in a late July poll, only 41% of the respondents mentioned being tired of the news.)

The focus groups also tried to locate people’s particular “pressure points” in connection with the war. They found that what bothers people the most are mobilisation, economic difficulties due to sanctions, and the government’s decision to block Instagram (a major tool for small business in Russia).

At the same time, Meduza’s sources in the Putin administration say they don’t expect major anti-war protests in Russia. “People get used to everything,” explained one of the individuals.

Still, this could change if the authorities reinstate the draft, which Meduza’s sources say the Kremlin plans to do in the winter. Just how many more men the authorities will mobilise remains a mystery, however.