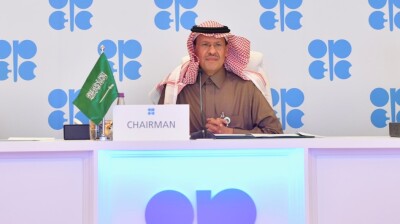 Saudi Arabia says it will still include Russia in the OPEC+ group and intends to continue to work with Russia and other non-OPEC oil-producing states to balance global energy markets, despite Western sanctions on the trade in Russian crude.

Prince Abdulaziz bin Salman, the kingdom’s energy minister, told the Financial Times in an interview published on May 22 that Riyadh aimed to still include Moscow in agreements between members of the OPEC+ group. Saudi Arabia aims “to work out an agreement with OPEC+ ... which includes Russia,” he said.

He also asserted that there was objective value in co-operation between oil producers and said that the “world should appreciate the value” of an alliance such as OPEC+.

The prince was speaking at a time when OPEC+ is gearing up for discussions on new production quotas. The regime that the group’s members put in place in April 2020 is scheduled to expire in three months’ time, and Saudi Arabia, like other producers, has come under considerable pressure to raise output in order to bring prices down from their current level – pressure it has so far ignored.

Front-month Brent crude futures were trading at more than $113 per barrel in London as of May 23. This is below the eight-year record highs reported in early March, shortly after the Russian invasion of Ukraine, but not by much.

The Financial Times described Prince Abdulaziz’s statements as “an important sign of support for Russia” from Saudi Arabia. It is worth noting, though, that Riyadh has cited other reasons for resisting Western calls for production hikes that do not involve Moscow or the Russian invasion of Ukraine.

Specifically, Saudi officials have said repeatedly that they do not believe prices are high as a result of true supply shortages. Prince Abdulaziz stressed this point in the interview, saying that crude oil prices – and, consequently, retail fuel prices – were running high because of inadequate global refining capacity.

“The determinant of the market is refinery capacity” and unlocking additional processing capacity, he told the newspaper. Over the last three years, he added, global refining capacity has gone down by around 4mn barrels per day, with more than half of the total, or 2.7mn bpd, lost since the outbreak of the coronavirus (COVID-19) pandemic.

The prince went on to say that he could not predict what kind of decisions OPEC+ might make about production quotas in its next agreement. The group may boost output if global market conditions warrant such a move, he said, but “the havoc you see now” is substantial enough to make forecasts premature. The only thing that is certain, he remarked, is that there is merit in producers working together to stabilise world oil markets.

The OPEC+ group’s April 2020 agreement allows for a collective 430,000 bpd rise in production each month, with the increase divided among all member states.

Erdogan backed use of Russian Visa-equivalent after meeting with Putin. US reacted by stepping up pressure on Turkey over sanctions enforcement.