Satellite ‘detects alarming methane leaks after looking down on Turkmenistan’ 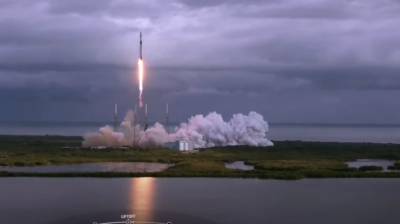 A satellite reportedly looked down on central Turkmenistan in early February and detected methane leaks from at least eight natural gas pipelines and unlit flares in the Galkynysh gas field, releasing as much as 10,000 kilograms per hour of the supercharged greenhouse gas.

That amount of methane would have the planet-warming impact of driving 250,000 internal-combustion cars running for a similar amount of time, Stephane Germain, president of GHGSat Inc, the company that said it picked up on the leak, was cited as saying when explaining to Bloomberg what was observed using imagery produced by a new satellite capable of detecting emissions from individual sites.

The company told how the satellite, GHGSat - C2 (aka "Hugo") first spotted the eight plumes of greenhouse gas, all within an area of 20 square miles, on February 1. “It’s reasonable to say this happened for several hours,” Germain said in an interview.

GHGSat launched its first satellite in 2016, but it wasn’t until last September that it had one in orbit capable of picking out individual wells, pipelines and mines. In the fourth quarter of 2020 alone, according to Germain, the satellite detected hundreds of leaks.

This isn’t the first time that GHGSat has raised an emissions alarm regarding Turkmenistan. Last year, the company was taking satellite measurements from a volcano in the western part of the country when it by chance hit upon enormous qualities of methane rising from the nearby Korpezhe oil and gas field.

Time is of the essence

GHGSat sets out to work with refinery and pipeline operators to stop methane leaks to minimise emissions impacts. Its ability to communicate with Turkmenistan is limited, Germain added in the interview, and time is of the essence for stopping large leaks. The satellite company said it has been relying on diplomatic channels through the Canadian government to try to reach the operator, but with no success so far. GHGSat, said Bloomberg, declined to disclose precise coordinates for the leaks in order to give the Turkmenistan government space to address the situation.

While the Turkmen leak wasn’t the biggest leak GHGSat has detected to date, it was the first time it had captured as many as eight separate plumes in a single image. Four of the plumes were emissions from pipelines, likely caused by problems with valves meant to control or halt fuel flows, while the other four came from flares meant to burn fuel that can’t be transported or processed, converting it into less-potent carbon dioxide.

Two of GHGSat’s three satellites can detect methane leaking at a rate of 100 kilograms per hour in 50-square mile images, and the company plans to launch nine more through 2022. The European Space Agency uses satellite technology that can detect leaks that release at least 10,000 kilograms per hour. The satellite detection equipment available to those working in the field is said to be improving rapidly.

Methane raises particular concern for those working to slow climate change. Odourless and colourless, it is seen as extremely difficult to detect and is a particularly potent greenhouse gas, capturing 25 times as much heat as carbon dioxide over the course of a century, and more than 80 times over 20 years.

The International Energy Agency warned last month that an estimated 10% drop in global methane emissions in 2020 was mainly driven by lower production during the coronavirus crisis rather than the prevention of leaks. Those emissions may “rebound strongly” when global economic activity picks up.

In Central Asia, methane emissions rose three-fold between March 2020 and the end of the year compared to the same period a year earlier, according to GHGSat.

Turkmenistan: End of the road for the roaring growth myth?

Turkmenistan: My kingdom for a horse association
Kyrgyzstan president prescribes poison root for COVID-19
Turkmenistan: End of the road for the roaring growth myth?