Samsonite packs its bags and sells its Russian business to the 'suitcase king', IKEA vows to return to Russian market 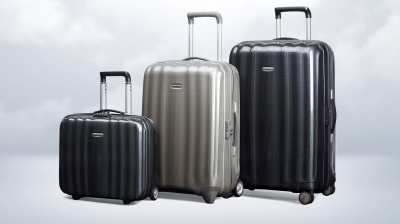 Luxury luggage companies are usually early entrants into emerging markets as people buy their bags and keep them for life. Samsonite sold its local business to the local trader that got them going, Vyacheslav Shikulov, who has been dubbed Russia's "suitcase king". / bne IntelliNews
By Ben Aris in Berlin August 24, 2022

In the latest exit of an international brand, the Russian division of the US suitcase manufacturer Samsonite  has been sold to its local management for an undisclosed sum, Vedomosti reported on August 23.

The company suspended its operations in Russia in March shortly after the invasion of Ukraine. Samsonite International sold 30% of Samsonite LLC to CEO Andrey Yazykov and 70% to the local company’s president Vyacheslav Shikulov.

The deal was closed on July 8, at the same time Samsonite was renamed Chemodan Pro (“Suitcase Pro” in Russian), according to SPARK-Interfax. The amount was not disclosed but Vedomosti reports that analysts estimate the value of the brand in Russia at around $100mn, although this could have been greatly reduced by the effect of the sanctions and the deal may have closed for only a token sum.

Luxury luggage brands are surprisingly aggressive in opening up emerging markets very quickly as there is always a rich elite of “new money” in these markets and people tend to buy their luggage for life, making it important to get into new markets quickly.

Since its entry Samsonite has built up a retail network and Infoline Analytics estimates it is losing RUB2.5mn ($41,800) per day after it closed its 37 stores from which it earned RUB3bn ($50mn) in 2021, according to SPARK-Interfax. According to Infoline-analytics, the share of Samsonite in the Russian luggage market last year was more than 14%.

It is not clear what Chemodan Pro intends to do with the retail chain, but one of the options open it is to continue to sell Samsonite luggage, but as a parallel import where the new owners do not deal with the parent company directly any more, but source the product via an intermediate based in a “friendly” country like Turkey, ignoring Samsonite’s intellectual property rights and forgoing Samsonite LLC's exclusive distribution deal with the US company.

The deal is interesting as a management buyout of Russian subsidiaries is an obvious and easy exit for most international companies. The oil service companies like Schlumberger mostly entered the Russian market by buying a local company in the same sector and retaining their management. Now they are leaving again and forced to sell at a deep discount. These managers are an obvious exit. Moreover, as many of the departing international companies will leave the majority of their equipment and locally hired staff behind as part of the deal, it is relatively easy for the new owners to continue the company’s business.

A controversial Yale report estimated that some 1,000 international companies have shuttered their businesses, or at least are suspending operations for the meantime, with a combined value of 40% of Russian GDP. As the Samsonite deal illustrates, the departure of the company will not reduce the Russian economy’s value by $50mn as the company will continue to operate and in this case will possibly continue to sell Samsonite suitcases as before, having little impact on the economy other than causing Samsonite a large one-time write-off from the forced sale.

Those losses are painful and as by far the largest consumer market in Europe in terms of population, many international companies are reluctant to abandon Russia completely. “It looks bad from the outside, but it’s a gold mine” the French head of Russian subsidiary of DIY chain Leroy Merlin told bne IntelliNews in an interview a few years ago.

IKEA will make a come back

This explains why on August 24 Sweden's IKEA announced it will not sell its Russian business and will reopen its stores in two years time.

The Swedish furniture store  is arguably one of the most committed of all international brands to the Russian market, and was trying to get into the market in the 1970s during Soviet times. The 2000 opening of its flagship Khimki store is widely seen as a landmark in Russia’s retail history and the starting point for the Putin boom years that transformed so many Russian lives. Since then the iconic furniture story has invested heavily in Russia and thoughout the region as bne IntelliNews detailed in a feature on the IKEA Empire.

The company told Russian newswire Tass that is not looking for a buyer of its business in Russia and plans to reopen stores and warehouses within two years.

IKEA has just finished a sell-off of it stock via its website and mothballed its stores. Warehouses and stores will remain closed until the retailer’s return, and plants in case of their sale will provide IKEA with a right to produce goods in future at contractual prices, a source told Tass.

"IKEA is not going to sell its business in Russia, what it has never done in other countries also. The retailer plans to return to Russia independently within a year or two, after the change of the economic situation and sanction pressure softening. Stores, the so-called ‘blue boxes,’ will remain closed until the return of IKEA and will probably be let on lease since the next year. The company at the same time keeps about 700 employees that will continue working in offices and do the job for Swedish colleagues," the source added.

"Keeping the corporate culture and working standards for IKEA" was the decision in principle when accepting the scenario of operations suspension in Russia, the source noted.

"The company is selling plants in view of pressure from Sweden but with the option that these plants will later produce furniture and other merchandise under its orders at an acceptable cost. The strategy is to vacate warehouses and retain stores not yet closed so far," the source added.

The transfer of business to local franchisees or management is one of the options for maintaining a presence in the Russian market for many companies, since leaving the country is unprofitable for most of them.

Experts speculate that Samsonite's MBO deal may include an option for returning the company to Samsonite International should the political landscape change in the future, as has been included in other deals. For example, McDonald's agreement with businessman Alexander Govor, who is now the owner of the Russian clone Vkusna i Tochka (Delicious. Period.) contains a buy-back clause at any time within the next 15 years, reports Vedomosti.

And Chemodan is likely to flourish, reports Vedomosti, calling its president Shikulov "Russia’s suitcase king". A pioneer onthe market, he was the one that facilitated that aggressive early entry into Russia that luxury luggage companies are prone to. In addition to Samsonite, Shikulov actively brought several other leading brands to Russia, as was typical in those days. Russia was such a difficult market to operate in during the wild 90s, international companies were happy to give exclusivity to any local distributor that was prepared to pay cash up front and take on the onerous task of clearing the goods through customs. Traders that could manage this quickly became millionaires and with their resources expanded fast to sign up other producers of related goods, building little empires in the process.

According to SPARK-Interfax, Shikulov is also the CEO of Accessorize Rus (selling bags, gloves, shawls, jewellery, etc. under the British Accessorize brand) and Bozhzhi Rus (selling the Italian clothing brand Boggi Milano), as well as a board member of Guess CIS. His Robinson Logistics also represents the Italian underwear Calzedonia franchise network in Russia.

Under the terms of the deal, Samsonite stores will start to reopen this month under the new brand "Suitcase Pro", Vedomosti reports. Some of the biggest outlets in Moscow in the flagship stores in the Metropolis mall, Atrium and Europa shopping centres in Moscow have already been rebranded and reopened, as well as at the Greenwich mall in Yekaterinburg.

The company's website says that it is a network of premium multi-brand luggage and travel stores selling Samsonite, American Tourister, Lipault, Tumi brands (all owned by Samsonite International).

A Chemodan Pro consultant on the hotline said that deliveries of goods to Russia, including new collections, continue and the company also fulfils warranty obligations for previously purchased luggage.