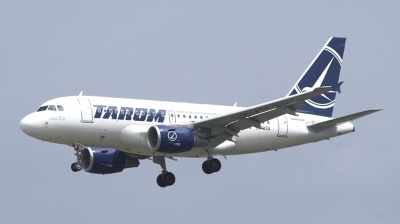 Dancila and her cabinet were ousted when the opposition won the no-confidence vote on October 10 with 238 votes — five more than needed.

Mezei first made the accusation at a press conference at Tarom’s headquarters on October 18, when she accused Cuc of asking her to stop five domestic flights arriving in Bucharest in time for opposition MPs to attend the parliament session and take part in the vote.

Shortly afterwards, Mezei was dismissed from her post. On October 21 she was summoned to the National Anticorruption Directorate (DNA) and testified to anti-corruption prosecutors that Cuc asked her to keep at least one flight from departing.

“#ALERT | #DNA is following up accusations against Razvan Cuc who had asked former Tarom CEO Mezei Madalina to hold some planes on the day of the censorship motion to prevent MPs from travelling from the provinces to #Bucharest to vote on the censorship motion,” Mezei wrote on her Facebook page on October 18.

"I was contacted by the DNA. I will go on Monday to declare, under oath, everything I have declared and public,” she later added.

Cuc initially claimed Mezei left Tarom because she was “frustrated” by her failure to deliver in her position. Tarom recorded losses of over RON3bn (€630mn) in the last ten years, and has already has four interim CEOs since the start of this year.

However, the outgoing minister, who lost his job along with the rest of Dancila’s cabinet, later admitted he asked for a list of the flights carrying opposition MPs to the parliament session dedicated to the no-confidence motion against the government. It was just to make sure all of them arrived safely, Cuc claimed.

Dancila lost her majority when the junior ruling Alliance of Liberals and Democrats (Alde) quit the ruling coalition. She initially tried to hold onto her position, and the government attempted to schedule the vote for a weekend, when most MPs are outside Bucharest. However, the opposition demonstrated its strength ahead of the vote by rejecting the proposed calendar.

Following the vote Romania’s largest opposition party, the National Liberal Party (PNL) has struggled to bring enough other opposition parties on board to form a new government.

Tarom is now struggling to find a replacement for Mezei. Pilot Valentin Gvinda, appointed by the board of directors to replace Mezei, refused the offer after he carried out “a brief analysis of the situation the company faces”.

However, the board met quickly and made a new nomination, the former head of the civil aviation school George Costin Barbu, for the company’s new CEO on October 21, the airline said in a statement.

Romanian banks post 9% y/y smaller profit in Q1
COMMENT: Some key macroeconomic indicators for Romania during the pandemic times
LONG READ: The Growers - a handful of countries in New Europe are coping with the coronacrisis and are still expanding