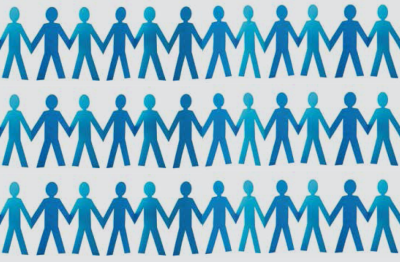 Russia’s TON blockchain, developed by the owner of the secure Telegram messaging service, is in beta testing mode
By Vladimir Kozlov in Moscow June 24, 2019

Telegram Open Network (TON), one of the most highly anticipated projects in the blockchain world, is gaining momentum and is now in beta testing mode.

In late May, Telegram messaging service, the company behind the project, released a test client for TON, according to an email to investors, cited by several news outlets.

Telegram founder Pavel Durov raised $1.7bn last March with one of the most successful ICO (Initial Coin Offerings) of all time and has used part of the proceeds to develop TON, which is intended to create a universal blockchain infrastructure based on its speed operation and its inclusion of “smart contracts” – pieces of code that can be tasked to carry out functions such as make payments or send reports.

On May 25, a user of the computer code repository GitHub reportedly uploaded a version of the client, TON Blockchain Network Lite Client, which, if configured properly, could be connected to the TON blockchain's test net.

No official comments have come from TON, but the news could be viewed as more proof that testing the network is in full swing, also confirming earlier reports that the TON blockchain has been open for beta testing to a limited number of global developers since April.

Apart from the client, which facilitate creation of new smart contracts, testing the existing ones and sending messages, and the blockchain, the TON ecosystem will include Fift, a programming language designed for developing and managing smart contracts on the TON blockchain and interaction with the TON Virtual Machine.

TON Virtual Machine, which will execute smart contracts on the TON blockchain, supports all operations requiring analysing incoming messages and modifying the data base.

While few specifics regarding TON have been revealed so far, anonymous testers have been pointing to the blockchain's "extremely high" transaction speed.

Telegram was launched by Durov, the founder and former owner of Vkontakte, the Russian answer to Facebook, and his brother Nikolai in 2013. But the instant encrypted messaging service gained popularity over the last couple of years as it demonstrated higher security and reliability than competing services.

The service’s encryption has proven to be so secure that the Russian Federal Security Service (FSB) demanded the encryption key to the service earlier this year – a request that Durov denied. The authorities then tried to close the Telegram service down in what turned into a fiasco. In the meantime Telegram’s usership has only increased to 3.7mn in Russia in July and includes many government employees amongst its users who don't want to reveal their communications to the FSB.

The first reports that Telegram may launch a blockchain and issue a token, called “Gram,” arrived in late 2017, at the peak of the crypto/blockchain hype.

Back then, investors were immediately sold on the concept of a blockchain that will offer higher transaction speed than the most popular Bitcoin network, while also able to compete with Mastercard and Visa payment systems and offer lower transaction fees than those for the existing cryptocurrencies. TON's target audience was projected to exceed 200mn users.

By the next March, the Durov brothers were able to raise $1.7bn in two private rounds of the ICO  for the Gram token.

In July 2018, as a possible step towards TON, Telegram introduced a personal identification service, Telegram Passport, protected by end-to-end encryption. Intended for platforms requiring real-life identification, the service requests that users upload their identification documents, such as passports and ID cards, which are later redirected to a relevant platform, while Telegram has no access to the data and can only handle them with users' permission.

Although shrouded in secrecy, TON has provided fodder for great expectations and grave fears, and the latter might be behind Telegram's spat with Russian authorities a year ago over refusal to share encryption keys with the FSB.

While the conflict seemed unavoidable, given Durov's ardent advocacy of online privacy and Russian authorities' recent attempts at controlling the internet, there were reports that Russian secret services were actually scared of TON as it could "compromise" the country's national security."

Last year, at the height of the Telegram controversy, Russian business daily RBC published an internal memo from an FSB officer, in which he allegedly told colleagues that the conflict was not about "the [encryption] keys " but about fears that TON could create an "absolutely uncontrollable" financial system in Russia.

Incidentally, Durov recently criticised Telegram's competitor, instant messaging service WhatsApp, pointing to its security problems that can allow secret services to use the application to spy for users. 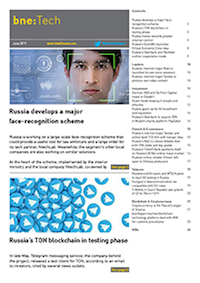 This article is part of bne IntelliNews’s coverage of technology, blockchain, fintech, cryptocurrencies and the new economy. Sign up for the free monthly newsletter bneTech here, or read more tech stories on the website here.

Customs officials confiscate 70 tonnes of fine cheese smuggled into Russia from the EU
Trump postpones G7 summit in US, invites Russia to attend
Trust in Russian President Vladimir Putin sinks to 25%, approval of his actions down to 63%

Estonia and Latvia among first countries to use coronavirus tracing app based on Apple/Google tech
4 days ago
Estonian ride-hailing service Bolt raises €100mn in latest financing round
5 days ago
Romanian firm develops first flat screen recycling line in region
6 days ago
Russia's Yandex.Taxi's IPO still on, as it struggles to stay profitable
13 days ago
Russia's IT segment looks at losses in Q2
13 days ago