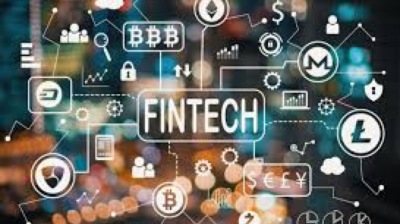 Russia has banned cryptocurrencies but the Central Bank of Russia is proposing to introduce a digital ruble to make online payments and fintech business easier / WIKI
By Vladimir Kozlov in Moscow October 21, 2020

The Central Bank of Russia (CBR) has announced plans to introduce "the digital ruble" as an alternative to cryptocurrencies that are banned in the country.

A digital currency that isn’t a cryptocurrency? It’s a bit confusing, but the CBR can see that the rapid growth of fintech solutions – both by start-ups and the existing players in the banking sector – need a form of the ruble that is a bit more friendly to electronic transfers than simply holding numbers in an electronic ledger, but at the same time doesn't want to go all the way to creating a blockchain structure to create and trade the digital coins.

In mid-October, CBR released a paper on the prospects of introducing a digital currency, which would be called Central Bank Digital Currency, or CBDC. That paper was backed by an article from Alexey Zabotkin, CBR deputy governor, published in Econs journal.

Zabotkin apparently referred to cryptocurrencies, which are currently banned in Russia, and CBR has been adamantly opposed to the idea of accepting crypto as a legitimate means of payment.

The CBR said it was aiming to augment the exchange space with a digital form of the ruble in addition to cash and cashless money, while the digital form could combine the best features of the other two, supporting online transactions like cashless money and being used offline like normal cash.

According to the regulator, retail clients could use the digital currency for purchases, transfers to individuals, firms and the state, tax payments, conversions to foreign currencies in e-wallets and as a store of value.

By introducing another form of currency, the CBR should account for a higher interchange speed between forms, and the regulator admits that there could be a liquidity shortage in the banking sector, and it could take time to stabilise these processes.

In the longer term, transmission mechanisms could be enhanced via the deeper penetration of financial services using the digital currency.

In the CBR's view, keeping funds in digital rubles might decrease the risks of transferring wealth into foreign CBDCS, increasing the digital ruble's attractiveness. The run on banks for cash during external shocks could be solved faster with an additional provision of liquidity, preserving financial stability.

Incidentally, regulators in various countries are considering the issuance of digital currencies. Some countries, including Uruguay, Ukraine and Ecuador, have already completed testing, while China, Sweden and South Korea are conducting pilot projects for their digital currencies.

"Since the project is in its early stages, the form of the digital ruble is likely under discussion," the Sova Capital brokerage said in a research note. "There is no doubt that a digital currency could provide a higher transaction potential than cash and non-cash money, leading to the introduction of smart contracts and lower transaction costs, as well as no credit risk compared to the cashless ruble, not to mention operations being more secure compared to cash."

"The format being contemplated by CBR is closer to cash than non-cash, meaning the non-financial sector would have limited direct access to CBR operations," it added.

Meanwhile, the introduction of the digital ruble is unlikely to have a major impact on CBR policies.

"Basically, this is an analogue of the electronic ruble, which already exists," Oleg Shibanov, a professor at the Russian Economic School, was quoted as saying by business daily RBC. "The only difference will be that the digital ruble will also be available to companies and households, so the Central Bank will communicate not just with banks, but also with regular citizens."