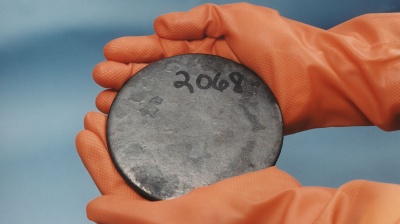 Commodities are being weaponised in Russia’s war with Ukraine after Russia demanded Europe pay for gas in rubles and has restricted fertiliser exports to the West. Next up is uranium.

State news agency TASS has reported that Russia is considering banning the export of uranium, the fuel for nuclear power stations, citing Deputy Prime Minister Alexander Novak, in retaliation for the US ban on Russian oil imports.

Along with Kazakhstan and Uzbekistan, Russia is a major producer of uranium and the US is one of its biggest customers.

Russian President Vladimir Putin put the cat amongst the pigeons last week by demanding that Europe – which gets 40% of its gas from Russia – settle its Russian gas contracts in rubles.

Biden announced an embargo on imports of Russian oil to the US on March 8, adding that he understood that many allies in Europe would not be able to join the ban as they are more heavily dependent on Russia oil imports. Biden followed up on March 31 by saying that his administration will release 1mn barrels of oil from its strategic reserve each day for the next six months to cover the shortfall and keep the price of petrol at the pumps down.

Now Moscow is striking at another of the Russian-supplied fuels the US relies on. Russia supplies around 16% of the uranium that the US imports to generate electricity in nuclear plants. This makes it the US’ third-largest external provider of the element.

The US has a degree of insulation against the ban, as it has a relatively wide base of suppliers. Kazakhstan and Canada both send more uranium to America than Russia, and Australia only narrowly trails Russian supplies.

In total, the US imports from 11 major uranium producers, and it also has its own domestic production, although this doesn’t rival Russia’s. Russia, Kazakhstan, Canada, Australia, Namibia, and Niger together produce 85% of the world’s uranium, according to the World Nuclear Association

The effects of an export ban might be felt more acutely in the global uranium market. Like the sanctioning of aluminium giant Rusal in 2018, the shock of losing a major supplier could cause prices to rise. On this occasion, though, there appear to easily be enough other big producers around the world to keep the market afloat.

Indeed, the US government is considering its own ban on Russian uranium. This would be difficult to enforce, however, because other US suppliers (like Kazakhstan) probably purchase some of their uranium from Russia before enriching it, which means they could also risk falling under American sanctions, further damaging supply.

Uranium spot prices are up near record highs, around $10 per tonne higher than in February.

The US has been reluctant to sanction Russia’s nuclear industries as part of Biden’s plans to move to a green economy, including making more use of nuclear power.

Earlier, Biden’s administration reportedly considered sanctioning Russia’s state-owned nuclear power company Rosatom too, but domestic industry lobbied against the move and so far the uranium trade with Russia has not been included in the US sanction regime on Russia.

The state-owned Rosatom is responsible for 20% of global uranium supply and has been very successfully exporting Russian nuclear technology as nuclear exports are booming, making over three dozen countries dependent on Russia for both service contracts to maintain their nuclear facilities as well as the fuel to run them.

While the US has diversified its supplies of uranium, Russian imports made up about 16% of the US’s uranium supply in 2020, with Kazakhstan and Uzbekistan providing another 30%. By comparison, last year only 7% of oil imports to the US were from Russia.

The war in Ukraine has pushed the US to rush through plans to expand its domestically uranium production and look at proposals for two programmes aimed at developing more highly enriched fuel and creating a Strategic Uranium Reserve, according to reports. So far the US only has one uranium mill in White Mesa, Arizona, and in 2020 its production was “too small to report,” according to the World Nuclear Association.

The US is the world's largest producer of nuclear power, accounting for more than 30% of global nuclear generation of electricity. The country's nuclear reactors produced 843bn kWh in 2019. The US is home to sufficient deposits of uranium to significantly increase its own production of the fuel. Nuclear power currently provides about 20% of US electricity and half of its carbon-free electricity.

Russian budget deficit soars in January, full year deficit could double to over 6% of GDP
bneGREEN: CEE countries need to invest in more solar and wind to break their Russia energy dependence
Jury still out on the effectiveness of the oil price cap scheme on Russian exports