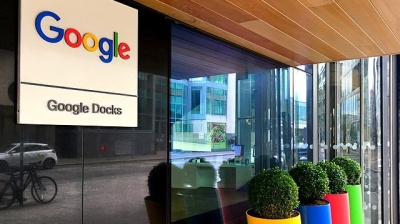 Russia's new store for Android apps, designed to take the edge off of the Play Store's closure in Russia, is unlikely to work without Google's blessing.
By Theo Normanton in Moscow March 31, 2022

A Russian non-profit organisation called “Digital Platforms” announced on Tuesday, 29 March that it is developing a Russian version of Google Play – the store for Android apps. The new app, which will be called “NashStore” (“nash” means “our” in Russian), is intended to replace the official version of the store after Google suspended purchases on Google Play in Russia.

The notion of creating Russian spin-offs of popular western brands is already a familiar one. Since its invasion of Ukraine on February 24, Russia has leapfrogged Iran to become the most sanctioned country in the world. Secondary sanctions (companies pulling out of Russia voluntarily or to mitigate reputational damage) have hit Russian consumers particularly hard. In response, Russia’s government and business community appear to be weighing up the option of creating their own spin-off versions of the absent brands.

Russians have already made more than 50 applications to register trademarks for existing Western brands, including Coca-Cola, Mastercard and Mercedes-Benz, according to Russian news agency RBC.

On Wednesday, the Russian government announced that it would “legalise” parallel imports. This means that it will become possible to sell goods on behalf of a franchise without the permission of copyright holders.

It remains unclear quite what these Russian spin-offs would look like, and how closely they might be integrated with the state. The first to be unveiled were Russia’s answers to Youtube and Instagram: RuTube and Rosgram, which were created after YouTube began blocking Russian state media and Russia’s government banned social media company Meta.

If it is released on schedule on May 9 (Russia’s Victory Day), NashStore will become Russia’s latest state-endorsed tech spin-off. However, the process of creating and launching the platform will present a host of difficulties for its builders. It can only be completed with the support of Google – Play Store’s parent company.

NashStore – which 700 Russian companies are helping to build – is reportedly in talks with Google Play. General director of Digital Platforms Arseny Sheltsyn said that “in order not to lose the Russian market, Android will have to approve the Russian store.”

Sheltsyn also suggested that it might be possible to make a Russian version of Apple’s App Store if the company did not renew operations in Russia.

General director of the Internet Research Institute Karen Kazaryan suggested that the project might not come to fruition, telling The Bell that “lately people have taking to making loud announcements about building new products like “Rosgram”, and then not doing anything more.”

John Malkovich to turn Skopje into Hollywood of the Balkans

Russian e-commerce turnover up 1.5-fold in 1H22
Home of the humbled lira, Turkey’s the biggest cryptocurrency market in the Middle East
John Malkovich to turn Skopje into Hollywood of the Balkans