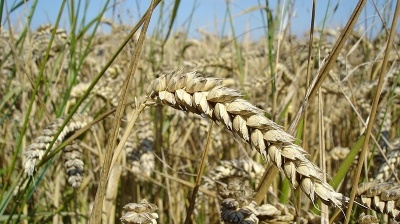 Romania harvested 11.3mn tonnes of wheat so far this year, with 99% of the crop already harvested, according to data from the agriculture ministry.

The figure represents a sharp rebound after drought destroyed around 40% of the crop last year, dragging the 2020 harvest down to just 6.4mn tonnes. The previous year, Romania harvested 10.29mn tonnes of wheat.

Average production above the national average of 5,346 kg per hectare was achieved not only in the west of the country in the counties of Satu Mare, Timiș, Bihor, Arad, but also in the counties of Olt, Caraș Severin, Ialomița. Brăila and Botoșani, the ministry said.

Romania typically consumes between 2.5mn and 3mn tonnes per year (tpy) of wheat, which would free up around 7.0mn tonnes for export.

The other cereals grown in Romania, which include rye, triticale, barley, oats, millet and buckwheat, also demonstrated good yields, bringing total production of cereals to date to over 15mn tpy.

Rapeseed recorded the highest average production per hectare (3,022 kg / ha) since 2007 in 2021, due to the varieties used, the application of new technologies and favourable agro-meteorological conditions, the ministry statement said.

Romania has also benefited from the Russian decision to impose export taxes on grain after concerns over rising food costs and rising inflation. This has enabled Romania to gain market share in countries like Egypt that usually import large amounts of Russian grain.

In July, the US Department of Agriculture (USDA) cut its spring wheat production forecasts for Kazakhstan, Russia and the US, due to this year’s hot and dry conditions.

Wheat prices have been pushed up this year by concerns over food prices and a tighter global supply. Droughts have hit major food producing regions in Eurasia, where Kazakhstan expects its 2021 grain crop to contract by 24% to 15.3mn tonnes. Elsewhere in the region, Iran last week conceded that its wheat harvest this year was going to be so inadequate that for the first time in five years the country would have to import wheat.