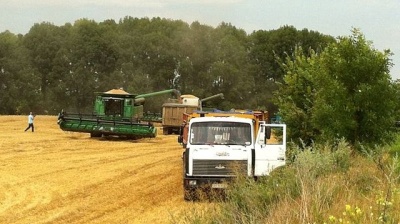 A systemically significant proportion of Europe's wheat, barley, fertilisers and gas come from Russia and Ukraine. Any escalation in tensions between the two countries could pose a risk to European food security. / Image: J. Brooke via Wiki Commons.
By Theo Normanton in Moscow February 15, 2022

Increasing prices for grain and fertiliser have cast a light on the EU’s dependence on Russia in the agriculture sector. Any escalation in the frozen conflict in the Donbas could wreak havoc on Europe’s food market.

Fertiliser prices are at their highest since the global commodity bubble in 2008, with the cost of nitrogen fertilisers rising by 253% in Europe in 2021. This cannot be attributed exclusively to the Ukraine crisis – tensions over Ukraine did not begin to peak until late 2021. But they have continued to climb in proportion to the growing forces amassed on the border.

In addition to the price inflation caused by the coronavirus (COVID-19) pandemic, prices have risen in response to Western threats of sanctions on Russia, and the Russian military build-up on the border with Ukraine.

Russia and Ukraine account for almost 30% of the world’s wheat and barley exports. European fertiliser production, meanwhile, is highly dependent on Russian gas. And the directors and core shareholders of Europe’s biggest fertiliser producer, EuroChem, are Russian.

Any escalation in the conflict between Ukraine and Russia over the Donbas region would further hike prices. With Ukraine’s southern ports largely out of action, much of its grain exports would be halted. Meanwhile, the sanctions on Russia – and particularly Russian gas – could see fertiliser prices soar.

All of this could spell uncertainty for European food security. It is unsurprising, in this context, that European farmers are trying to block EuroChem’s acquisition of Austrian plastics group Borealis’ nitrogen fertiliser assets. But with the deal looking likely to go through, the race is now on for the EU to find alternative gas sources or prepare for a painful price rise.