RIMMER: War in Ukraine? Take it seriously, but not literally 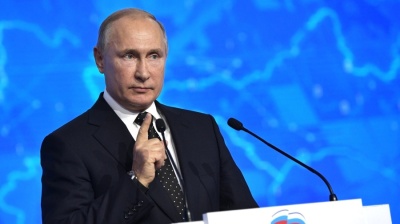 It’s every dictator’s fantasy: wall-to-wall, round-the-clock, saturation coverage. The face is ubiquitous; first up on the news bulletins, front cover of the papers, home page of every website, morning, noon and night. Incomputable acres of television and computer screen real estate are devoted to his mysterious workings. He has knocked China off prime-time global TV. He bestrides the world like a colossus. A five-foot-six colossus.

The inscrutable features of Putin do not reward physiognomy and the countless hours spent parsing speeches for guidance, second-guessing the next move of the realpolitik judoka are not rewarding. Worldwide media obsess regardless. The Russian president likes to set the geopolitical weather and his preferred setting on the barometer needle is ‘stormy’. Your humble correspondent acknowledges even his weighing in adds a tiny splinter of kindling to the giant bonfire of the Russian president’s vanities.

You were always on my mind

Western media are partly to blame. The pandemic is so last year. The news caravan has now parked on the Russian/Ukrainian frontier (although, according to the Kremlin, no such thing exists). At the top of every newscast, a breathless journalist and the unvarying backdrop: endless footage of troops in snow camo prowling the frozen borderlands and sinister tanks shunting back and forth (mostly stock videos of training exercises but who’s checking?). Each ‘update’ ends with the cliff-hanger: what will the Kremlin do next? 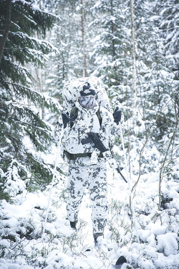 Putin’ on a show

Clickbait foreign policy is exactly the Kremlin objective, though. International attention, hobnobbing with global statesmen, demanding summits and concessions, equal footing with Biden and Xi, respect from the G7 members who excluded them, all confer legitimacy on Putin’s regime that it cannot otherwise command. For Putin, style is content. The medium is the meaning. The narrative has no resolution but control it anyway.

Depriving the Kremlin of the oxygen of publicity would be the best strategy for containing the current military crisis. It was understood on all sides the demands made on Nato were unacceptable and, moreover, the way these were presented made them doubly so. Strutting about the world stage and occupying enormous diplomatic bandwidth from western nations is mostly the point. If, by asking for a mile, they take an inch somewhere, this can be chalked up as a win for coercive diplomacy, although the epithet is almost tautologous as far as Lavrov practises it. 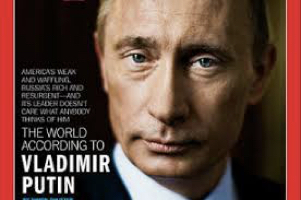 I’ve been expecting you, Mr Bond

I suspect the policy wonks trying to divine Putin’s endgame strategy might be surprised by its non-existence and there is even less than meets the eye. I accept there are many experts who firmly believe a Russian invasion is imminent, but they have a vested interest in such predictions and I don’t disparage them for it. Equally well-qualified observers opine there is more than an outside chance. Free of reputational considerations, I feel comfortable saying the probability is close to zero. If flat-out mendacity is the default position, then for your bluff to work, you must bluff big. The counter-bluff must be proportionate. It has been. There are cracks but the Nato alliance is relatively cohesive and would unify further on the sound of cannons.

This will hurt me more than it hurts you

By now, it’s well established that the costs of an invasion and occupation of Ukraine would be prohibitive for Russia – in human, financial and unknown unknown terms. Kremlin ‘advisers’, the plague nits on a rat’s back, must surely have war-gamed the eventual military outcome of an invasion and occupation of Ukraine. Like the Tet offensive of 1968, Putin may find that in order to save Ukraine, he may have to destroy it. Ukraine won’t capitulate easily. One wonders if they’ve ever given consideration to soft power?

Money and materiel would flood the country almost immediately. Aggressors incur casualties disproportionately and the number of bodybags sent back to Russia would be impossible to conceal, unlike in 2014.  (It’s this, rather than the risk of offending Chinese sensibilities on the eve of the Winter Olympics, that will stay Putin’s hand. Russian tanks rolled into South Ossetia during the opening ceremony for the Beijing Summer Olympics, remember.)

Even replacing Zelenskiy as post-bellum president with a reliable and obedient satrap, it is inconceivable the Ukrainian spirit of independence would be subdued by an aggressive war of conquest. That’s not how wars work for indigenous populations. He may end up with a border a few hundred kilometres further west but with many, many hostile revanchists the other side of it and an equally hostile domestic audience this side.

Putin’s ego was clearly bruised by the Orange Revolution in 2004-5 and the ousting of Viktor Yanukovych in 2014. Does he sincerely believe that, after the 40 years slowly pivoting west since the downfall of the Soviet Union, Ukraine can be compelled into a united nation of eastern Slavs? The Belarus model of repression is not applicable, and the machinery of a police state is not in place.

Roll up! Roll up!

And if Putin really wants to initiate a recruitment drive for Nato then attacking Ukraine would be the best way of effecting it. Contrary to proverbial wisdom, most boys who shout ‘wolf’ are attacked by one soon after. Sweden and Finland would be first in the queue to sign up. Member states that have been slow to pay their dues and fulfil military commitments would suddenly find it worth their while to cough up and show up. Russia harassing countries of the FSU the way a border collie gone bad worries sheep renders Nato’s Article Five obligatory insurance in that part of the world.

Playing in the reserves

The Kremlin may affect insouciance that its $600bn of forex reserves make it impregnable. Anyone who bothers looking back to the start of 2014, though, before the invasion of Donbas and the annexation of Crimea, will recall that Russia had $500bn of reserves and Brent was averaging $100. It did not prevent the ruble from plummeting to 79 to the US dollar towards year-end versus 33 in January. Nor was the vaunted economic invulnerability able to avert a painful recession. Reserves are extremely useful until you have to deploy them. The Nord Stream 2 pipeline would be written off.

In public, Putin may regard the reluctance of Western nations to wage military conflict as a symptom of degeneracy and decay. In private, however, he would surely concede it’s a demonstration of strength that the populations of his Cold War opponents find the prospect of war so unappealing. The respective propensities outline where patriotism stops and nationalism begins.

If Russia’s objective was to flex its military biceps, give the West the heebie-jeebies, have it hopping around and destabilise its alliances, one could argue its mission has been at least partly accomplished. It has ensured Ukraine can’t join Nato for the foreseeable. It may yet extract some token promises from Blinken. It’s time to move along for a spot of congenital malefaction in some other theatre.

Russians don’t even know whether Putin ever tested positive for COVID. If he invades Ukraine, though, he’ll test positive for stupid. In the wasteland of post-war Ukraine, Putin would discover that nothing, except a battle lost, can be half so melancholy as a battle won.

ING: Poland’s central bank effectively ends its current tightening cycle
16 hours ago
COMMENT: The EU system is adjusting to permanent tension with Orbán’s Hungary
16 hours ago
THE VIEW FROM MITTELEUROPA: Explaining the Austrian veto of Schengen membership for Romania and Bulgaria
18 hours ago
ING: Hungary starts fourth quarter on a bad footing
1 day ago
MEDUZA: Ukrainian strikes on targets inside Russia could mark a new phase in the war
1 day ago