RIMMER: The Zoom when it happened 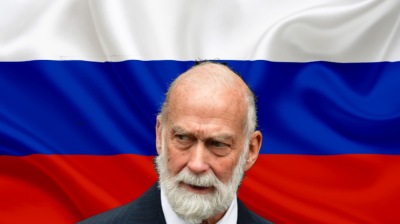 Russian President Vladimir Putin has had his vaccine shots, but he remains in isolation and largely conducts his business via video conferences
By Julian Rimmer in London May 11, 2021

So, you want a word in the shell-like of the Mafia Don non plus ultra, to chat about, say, Novichok or MH17, about the Crimea or totalitarianism, Syria or electoral fraud? Well, dropping him an email at vladtheimpaler@hotmail.com or engaging with an online chatbot on the Kremlin website won’t get you very far. You can’t hook up with Putin via LinkedIn. No, to open this particular sesame, you will need a) approximately $200,000, b) a money-making project so pellucidly implausible even the most fanatical cryptocurrency enthusiast would baulk and c) to recruit the services of the British royal family.

Of these requirements, of course, it’s the latter that’s indispensable. An endless succession of scandals might have traduced the reputations of all members of the House of Windsor (and I mean all) but there’s a higher bar to shocking the public with your rapacity in Russia. In fact, it’s entirely possible no bar exists. Remember: this is a country where building yourself a billion-dollar, taxpayer-funded palace comes with a 60% approval rating attached.

Putting Prince Michael of Kent on an expensive retainer then, with a view to opening a few doors in the Kremlin, seems eminently sensible. If you want to mingle with the unelected (I choose my words carefully) and corrupt cabal at the apex of the Russian regime, what better way of effecting an introduction than by hiring the, erm, corrupt and unelected cabal squatting atop ours?

The Russian president is still self-isolating from the pandemic. The coronavirus (COVID-19) succeeded where the international community had failed for years. To secure an audience with the short but murderous dictator who has an exaggerated idea of the importance of his health, you must first quarantine for a fortnight. Then, immediately before you are ushered into his presence and genuflect as you beg for a toll-road concession, you must run the gauntlet of a disinfectant tunnel – fatal to bacteria but seemingly harmless to the maggots surrounding Putin.

Putin is a pariah to most of the international community. Sure, MbS high-fives him when they catch up. Xi plays an epochal game of slowly, slowly, catchy monkey. Maduro and Lukashenko both know mobs would sodomise them with a bayonet a la Gaddafi emerging from a sewer were it not for his support and who knows what passes for table talk between him and Ali Khamenei. There is, though, no one respectable in the visitors’ book at the Kremlin.

Double disappointment for Vlad then on Sunday, when not only did it rain on his Victory Day parade in Red Square, obliging him to ditch the reflective Aviators and don a mackintosh, but he also suffered the ignominy of finding only one international leader accepting the invitation to attend: the President of Tajikistan, who is never going to headline at Glastonbury. Hence it must have been gratifying and reassuring in equal measure to discover that there is one powerful and distinguished entity which can be relied upon to do business with you, no matter how many blots and bloodstains on your escutcheon: the English monarchy.

The British government, and its allies, must despair that while they are trying their level best to exert diplomatic and economic pressure on Russia to refrain from its congenital and ubiquitous malefaction, their efforts are undermined by someone at the very heart of the British Establishment. Irrespective of your transgression, someone in Buckingham Palace will shake your hand so long as it contains a fistful of rubles, renminbi or lira (and confer respectability). Embarrassing as it is, when it comes to tawdry dealings, the Windsors have form.

Prince Michael of Kent more than others. After bravely serving the Royal Hussars in the conflict hotspots of ahem, Germany, Hong Kong and Cyprus, the Queen’s cousin has spent forty odd years shamelessly flogging off his royal connections. The self-abasement recorded in his notorious Zoom sting with the fictitious ‘House of Haedong’, touting his sway with the Putinistas (me neither) made my career, comprised of minor humiliations in the field of stockbroking, seem downright knightly in comparison.

‘Would the fee of $200,000 be acceptable, Sir?’ It takes someone with the good manners and breeding conferred by Eton and the Royal Hussars not to quibble over trifles and someone as thick as a plate of mince not to smell a rat. The sting couldn’t have been more obvious if it were called the House of Bigdong.

I don’t recall exactly what is Prince Michael’s precise relation to Nicholas II, the consanguinity and inbreeding of European nobility being no concern of mine, but there’s no denying his earlier physical resemblance to the last Tsar. Nicholas was killed at fifty, though so we don’t know if in later years, in the unflattering glare of a screentop camera, he too would have looked like a dishevelled Captain Birdseye with a lockdown beard. There’s also no denying Nicholas might resent his descendant trading off his name. In part, it was the refusal of the British to offer sanctuary to their Romanov relatives after the revolution which resulted in the family being led down to an Ekaterinburg cellar by the Bolsheviks one night and raked with machine guns.

After some cringeful simpering on The Zoom Where It Happened, Prince Michael artfully withdrew to leave his equally obsequious and naïve aide-de-camp, the Marquess of Reading, to conduct the vulgar business of discussing money and offering, very unconvincingly, access to Putin in return. It’s a travesty, though, that the doors Prince Michael promised to open were those marked ’siloviki’. Applying pressure to those doors behind which political prisoners are locked might have done wonders for our standing, not to mention his reputation and that of the royal family. Lord knows, they need some decent PR.

You won’t get it from the comically oleaginous Marquess of Reading. I looked up his Wikipedia bio and noted the family motto: ‘Aut nunqam tentes aut perfice’ which translates loosely as ‘Either do it properly or not at all’. My thoughts entirely.

It's the anniversary of Operation Barbarossa on June 22, when Hitler launched his surprise invasion of the Soviet Union, completely catching Stalin unawares. The ultimate victory over the Nazis has become a centre-piece of Putin's Russia.

The Ryanair incident on 23 May was as much a bellwether for the status quo in Belarus as it is a geopolitical catalyst.

The price faced by Russia for aggression must be too high for the Kremlin to countenance, and this is the message that Biden should deliver to Putin – and act upon.

COMMENT: CEE national recovery and resilience plans – the focus, the gaps and what comes next

Most CEE governments submitted their national plans after the deadline and two (Bulgaria and Estonia) are yet to finalise them.

The governing United Russia Party held its “primaries” in the last week of May. The votes were tallied and a party congress will, on June 19, approve a list of candidates for the September Duma elections.

RIMMER: Unhappy anniversary: Operation Barbarossa
5 hours ago
THE VIEW FROM MITTELEUROPA: Surviving on life support – Belarus, sanctions and path-dependency
1 day ago
COMMENT: Time to end Putin's impunity
4 days ago
COMMENT: CEE national recovery and resilience plans – the focus, the gaps and what comes next
5 days ago
MOSCOW BLOG: Primary rehearsal
8 days ago