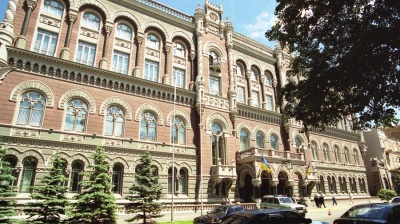 Investment bank Renaissance Capital has revised upwards its year-end rate forecasts for Ukraine, Belarus and Armenia, following a similar move for Russia. A report from RenCap noted that the central banks of the CIS+ region have “proved to be even more hawkish this year than our early out-of-consensus expectations”.

In recent days the central banks of first Ukraine and then Russia have raised their key policy rates, after an increase by Belarus on July 15.

Commenting on the reasons for the rate increases, RenCap analysts wrote: “Faster policy tightening has been triggered by accelerating inflation driven by a mix of supply-side factors and stronger demand recovery, in line with our bullish growth forecasts. Fiscal policy is as conservative as monetary – we expect fiscal balances to outperform government plans for 2021 in all three countries.”

In Ukraine, where the National Bank of Ukraine (NBU) raised the key policy rate by 50 basis points to 8.0% on July 22, RenCap now forecasts the rate will be raised further to 8.5% by the end of this year. At the end of 2022, the rate is expected to stand at 9.0%, as the earlier than anticipated rate increase in July and a predicted further increase this year are “expected to ensure faster disinflation in 2022 and decrease the pressure on the key policy rate next year,” the report said.

In Belarus, the National Bank of the Republic of Belarus (NBRB) raised the refinancing rate by 75 bpts to 9.25% on July 15. "We now expect the NBRB to keep the policy rate at 9.25% for the next 12 months before cutting it to 8.5% by end-2022. The July hike was a surprise for us (we expected the rate at 8.5% until year-end), but we see this move as positive, as it indicates a strong commitment to inflation targeting and the independence of the NBRB, which seemed to be at risk amid political developments of the recent year,” RenCap analysts wrote.

Political risks remain RenCap’s main concern for Belarus, though the investment bank does not expect any major impact from EU trade sanctions.

The Central Bank of Armenia (CBA), which was the first bank in the region to hike rates back in December 2020, is predicted to keep the rate at 6.50% into 2022. The CBA previously raised the rate by 125 points in June to its highest level since 2021.

RenCap also noted that Armenia has surprised us to the upside this year, as economy increased by 4.3% y/y in the first five months. “In June, snap parliamentary elections provided a resolution for the political turbulence lasting from last autumn after the military conflict with Azerbaijan. This was strongly supportive for sentiment improvement and translated into an impressive strengthening of the Armenian dram – it appreciated by 7% vs the pre-election level to c. AMD485/$ and was back to the pre-war level of last September. Robust export growth driven by strong global commodity performance is also supportive for the Armenian dram this year,” the report said.

Prices of bread and flour products in Kosovo jump by up to 50%
13 hours ago
Bank lending in Georgia up 12.9% y/y at end-September
13 hours ago
National Bank of Ukraine leaves key policy rate unchanged at 8.5%
14 hours ago
Kazakh industrial output up 2.7% in first nine months
4 days ago
Slovak unemployment rate at 7.09% in September
4 days ago