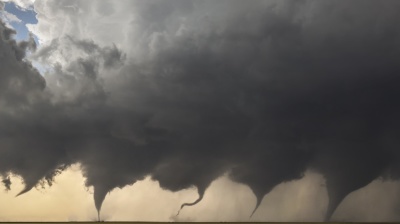 Moody's Investors Service on June 18 downgraded 18 of Turkey’s banks, cutting their local currency long-term deposit ratings, and their local and foreign currency senior unsecured and issuer ratings (where applicable) by one notch and maintaining the outlooks as negative.

The standalone baseline credit assessments (BCAs) of 16 banks were downgraded by one notch, while the BCAs of the remaining two banks—government-owned Ziraat Bankasi and Turkiye Vakiflar Bankasi (Vakifbank)—were downgraded by two notches.

This rating action followed Moody's surprise downgrade, on June 14, of Turkey's sovereign bond rating to B1 from Ba3, with a negative outlook, which also resulted in the lowering of the ceiling for foreign currency deposits to B3 from B2.

Additionally, Moody’s downgraded to B1 from Ba3 the long-term issuer ratings of the Metropolitan Municipalities of Istanbul and Izmir. The Aaa.tr National Scale Rating on Izmir was affirmed. The rating outlooks on both municipalities were kept on negative.

Higher risk exposure to investor sentiment, depositor behaviour
Outlining its reasons for the downgrades applied to the 18 banks, Moody’s said “the downgrades primarily reflect (1) a significant increase in external vulnerability for the country, exposing Turkish banks to a higher risk of a sudden shift in investor sentiment and depositor behaviour; (2) a higher risk of more extreme government policy measures, which could include restricted access to foreign currency for depositors, reflecting policy uncertainty and weakening central bank's net foreign currency reserves; and (3) a more prolonged deterioration of the operating environment, leading to a further weakening of banks' solvency metrics. Moody's has captured these challenges by lowering the Macro Profile it assigns to Turkey to Very Weak+ from Weak- by increasing the negative adjustment it applies for Funding Conditions score”.

It added: “This weakness has been a key negative driver of Turkish banks' ratings for several years. With around 30% of tangible banking assets being funded by wholesale debt, Turkey is one of the emerging countries that is most reliant on market funding. As at April 2019, a sizeable USD64 billion of this wholesale exposure was in foreign currency and maturing in the next 12 months.

“A key mitigating factor is that the banks hold large amounts (USD100 billion) of liquid assets in foreign currency. Moody's notes, however, that only USD21 billion are cash or unencumbered securities, while the rest comprises receivables from the central bank (USD33 billion), receivables from financial institutions (USD30 billion), or compulsory reserves with the central bank.

Increasing fragility
Moody’s cautioned that against the backdrop of reliance on foreign currency funding, the government has announced a number of economic reform packages since May 2018 with most measures continuing to focus “on the near-term priority of propping up economic activity at the expense of eroding the underlying resilience of the economy and the banking system to external shocks, in part by increasing its fragility to shifts in market sentiment”.

Moody's also observed that the central bank's net foreign currency reserves were limited at around $27bn, and they include an undisclosed amount of swaps with banks that lend foreign currency raised in the wholesale market and borrow lira to lend in the economy.

“In the context of high policy uncertainty, the combination of structural weaknesses, potential market stress, and limited mitigating factors increase the risk of more extreme policy measures, which could include restricted access to foreign currency for depositors in a stressed scenario,” the rating agency said..

Moody's also said that the deterioration of the operating environment for the banks may be more prolonged than it previously expected, leading to higher asset risk and lower profitability.

Despite a reduction in profitability, Moody's said it anticipated that capital will remain stable for most Turkish banks, adding: “Nevertheless, due to the still high level of assets in foreign currency, the capital of Turkish banks is still susceptible to a material currency deterioration.”

The larger BCA downgrades applied to Ziraat Bankasi and Vakifbank reflected “the unseasoned risk that the banks have built via recent higher-than-average loan growth”.

“Moody's assessment of both cities' baseline credit assessments (BCAs) is unchanged at b1, reflecting the two cities' robust operating performance, predictable shared taxes paid by the government and representing the vast majority of their revenue, and their large and diversified economic bases. In Moody's view, these factors counterbalance their limited cash reserves and significant exposure to foreign currency debt.”

Istanbul's B1 rating reflected its large and diversified economy, continuing robust operating performance, high self-funding capacity and valuable asset base, which provides fiscal flexibility to accommodate increasing capital spending and a strong likelihood that the Turkish government would provide support if the city was to face acute liquidity stress, Moody’s said.

It added: “On the other hand, Istanbul's rating is constrained by its relatively high debt burden, which will remain elevated during 2019-20 and facing upward pressure on debt servicing costs given the city's significant exposure to foreign currency debt.”

Looking at Izmir, Moody’s said its B1 rating reflects its very high and stable operating balance, exceeding 50% of operating revenue in 2018. “Izmir's credit profile benefits from the third-largest economic base in the country and a moderate likelihood that the Turkish government would provide support if the city was to face acute liquidity stress,” said Moody’s, adding: “At the same time, the rating is constrained by the moderately high indirect debt of municipal-related entities and the city's high exposure to foreign currency debt.”