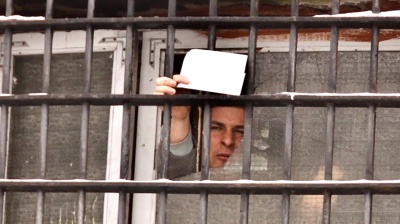 thousands of protestors are being released from hellish conditions in prisons at the end of four days of extreme police violence
By Ben Aris in Berlin August 14, 2020

In apparent concessions, Belarus announced the release of more than 1,000 detained protesters and the interior minister apologised to injured bystanders.

Belarusian Deputy Minister of Internal Affairs Alyaksandr Barsukov personally visited a detention centre in Minsk and declared that all detained protesters would be released at 6 a.m. on August 14, reports BBC World.

“In Belarus, people released from several days of detention following post-election protests report that they have been beaten, tortured and in some cases raped. With broken bones and knocked out teeth,” tweeted Alex Kokcharov, a Belarusian analyst with IHS Markit.

It seems that the regime realised it has taken the violence against the protestors too far and was now making concessions to appease the population.

The releases came at the end of a day that saw workers from many of Belarus’ biggest companies go on strike. Blue collar workers are traditionally Belarusian President Alexander Lukashenko’s political base and closing these companies could bring the already weakened economy to its knees.

The opposition tried to organise a general strike on August 11 but only a few workers rallied to the call. However, after another two days of violent clashes with police things have changed.

“Belarus. Something has cracked. Unprecedented police brutality and violence was the last straw for many people. Thousands are on the Minsk streets right now, but also in other cities and towns. Many major plants announced strikes. Prominent public figures demand to stop violence,” tweeted Hanna Liubakova, a Belarusian journalist.

There were tearful reunions outside the prisons as the former detainees told harrowing stories of abuse and violence inside.

“My colleague is near the detention center now. He says that two girls just left the detention center. They are in shock, they can't speak, they are сrying. Other detainees say that some people might be beaten to death. Other describes the place as the hell,” tweeted Franaka Viacorka, a local journalist.

The Kremlin also appears to be distancing itself from Lukashenko. While Russian President Vladimir Putin was amongst the first international leaders to congratulate Lukashenko on his election “victory,” the Russian Ministry of Foreign Affairs released a statement on August 13 that emphasised Russia’s fraternity with the Belarusian people as more and more reports of strikes and torture were released.

“We want to emphasise that #Russia has been and remains a reliable ally and friend to #Belarus and its brotherly people. We strongly believe that attempts to sow discord between us are doomed to failure. #RussiaBelarus #TogetherWeStand,” the ministry tweeted, citing Foreign Ministry spokesperson Maria Zakharova.

The Kremlin has been keeping its options open. While the official line is Russia is still friends with the Lukashenko regime, several very prominent politicians have made very critical statements about the events in Minsk. The Russian press has also followed the story closely, more or less reporting it straight.

In one of the most outspoken comments ulta nationalist leader Vladimir Zhirinovsky said: “Lukashenko should go. Everyone hates him.”

Russia's Foreign Ministry released a statement highlighting the brotherly friendship between the Russian and Belarusian people. The building in the picutre's background is Russia's foreign ministry building on Smolenskaya Ploshad

UK, Canada impose sanctions on Lukashenko and his top officials
French President Macron promises Belarus’ opposition leader Tikhanovskaya to do all he can to help
Nobel laureate and Coordinating Council member Svetlana Alexievich leaves Belarus for medical treatment in Germany

UK, Canada impose sanctions on Lukashenko and his top officials
12 hours ago
Poland tightens restrictions in response to rising coronavirus cases
13 hours ago
World must tell Turkey to “get out” of Caucasus says Armenian PM
17 hours ago
French President Macron promises Belarus’ opposition leader Tikhanovskaya to do all he can to help
1 day ago
Nobel laureate and Coordinating Council member Svetlana Alexievich leaves Belarus for medical treatment in Germany
1 day ago