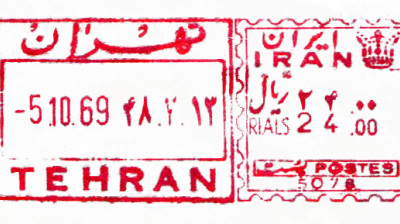 As part of plans to break up the government-controlled mail monopoly introduced in 2018, the Ministry of Communications and Information Technology (CIT) is splitting off sections of the postal industry to the private sector.

Under an agreement with Post Aval, which will serve as a central post distributor, some 30 smaller franchises will also enter into deals to deliver mail to regional localities.

As things stand, the nationwide daily mail service deliveries will remain under state-owned Iran Post, but parcels and other services will be handed over to Post Aval.

Some international courier, parcel and express mail operators, including DHL, continue to be active in Iran, but companies including TNT pulled out of the market in 2018.

In March 2018, the CIT ministry permitted two other companies, Tipax and Peikbapa, to deliver parcels domestically.

Iran’s parliament (the Majlis) passed a law in early 2017 allowing for the breaking up of the state monopoly on intercity and city post services. The law stated that tender processes offering licences must be open to all players.

Initially, five non-governmental consortiums applied for the licences, but the number of bidders was whittled down to two groups.

Ultra-hardline Iranian daily Kayhan has described the arrival in Venezuela of tankers from Iran sent to relieve the South American country’s crippling fuel shortage as "humiliation for America in ... more

A report from The Associated Press on May 12 painted a harrowing picture of just how hard doctors and nurses in Iran have been hit by the country’s coronavirus (COVID-19) emergency ... more

SAIPA, which recently overtook Iran Khodro (IKCO) to become Iran’s largest carmaker by production volume, has started a test run of its new mid-sized sedan, the Shahin (or “Shahin ... more