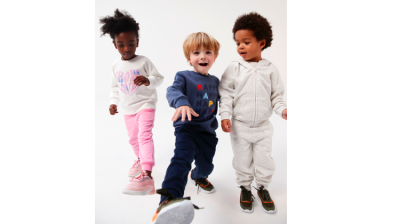 International fashion retailer Primark is preparing to enter the Romanian market this year, as it continues with its expansion in the Central and Eastern Europe region.

Romania will be the Ireland-based retailer’s fourth CEE market. The company said in a January 20 press release emailed to bne IntelliNews that the expansion into Romania “demonstrates Primark’s continued investment and commitment to the CEE market”.

It intends to open a store at the ParkLake Shopping Centre shopping centre in Bucharest later in 2022, with plans already underway for a second store in Southeast Europe’s most populous country and largest economy.

Primark made its CEE debut in Ljubljana, capital of the region’s richest (in per capita terms) country Slovenia, in 2019. Thousands of shoppers queued to enter the store at the Citypark mall in Ljubljana. It has since opened further stores in Poland and the Czech Republic. In addition to the entry to Romania, Primark has committed to opening another four stores in Poland, including in Lodz and Wroclaw, and aims to enter Slovakia with a store in Bratislava in early 2023.

“Building on the successful opening of 15 stores in the last financial year, the growth of the store portfolio in CEE is part of Primark’s ongoing wider group expansion,” the company said. At the same time, it aims to accelerate the pace of expansion in the US market and to grow its footprint in France, Italy and Iberia.

“The response from customers in the CEE region to Primark has been really positive and we’re looking forward to continuing to grow and hope to open our doors to the people of Romania by the end of the year,” said Primark CEO Paul Marchant, according to the company’s press release.

Primark, part of Associated British Foods (ABF), was battered by the initial spring 2020 lockdowns as it relies entirely on in-store sales. The closure of bricks and mortar stores benefitted traditional retailers with online offerings and the new breed of online only retailers in markets such as Romania. This was followed by a bounce-back when shops were allowed to reopen in late spring 2020, though it has continued to be affected by later lockdowns in its main markets.

In the 53 weeks to September 18, 2021 ABF reported that its sales and profit were below pre-COVID levels. “[T]his was driven by the results for Primark, where a third of its available trading days were lost as a result of store closures due to the public health measures taken in our major markets,” said George Weston, chief executive of Associated British Foods, in a statement issued along with the annual results announcement on November 9.

He added, however, that “the strength of Primark's sales after the reopening of all our stores in the spring demonstrated the relevance and appeal of our value-for-money offering.”

“Primark delivered a good performance in the face of continued disruption to trading caused by the pandemic. It also unveiled its wide-reaching sustainability strategy with the aim of making more sustainable fashion affordable for all. Although the possibility of further trading restrictions cannot be ruled out, we expect Primark to deliver a much improved margin and profit next year. We are now intent on expanding our new store pipeline and investing in technology and digital capabilities to continue improving the performance of the business,” the statement added.

Pre-pandemic aside, the consumer markets of Romania and many other emerging European economies had been on a steady upward trend as rising salaries and increasing disposable income made them increasingly attractive markets for international retailers.

This includes fast fashion retailers, whose fashions progress from design to manufacturing to the shop floor at lightning speed. Over the past 15 years, Western fast fashion retailers have moved eastwards, from the EU members of Central Europe south-eastwards into the Balkans, and eastwards into Russia and beyond. A bne IntelliNews analysis of Inditex and H&M stores in the period 2007 to 2017 showed a dramatic shift from the core markets of Western Europe and other developed economies into emerging markets.

Despite the current spike in cases as the omicron variant of the virus spreads, analysts anticipate a continued recovery for global fashion retail this year, as people’s lives increasingly return to normal.

‘The State of Fashion 2022’ report from McKinsey published in November 2021 says that “after nearly two years of disruption, the industry is beginning to find its feet again.” The report quotes fashion executives as being "cautiously optimistic” about the coming year, though warns that as early as November “new and ongoing disruptions are beginning to erode that mood in some quarters”. Specifically it pointed to “challenges relating to supply chain bottlenecks and uneven consumer demand” that “continue to hang over the fashion industry, undermining growth prospects”.

Romania’s retail sector, like others around the world, suffered a hit in spring 2020 and has since been recovering. However, data from Romania’s statistics office INS analysed by bne IntelliNews shows that after the initial recovery in 2021 compared to the first year of the pandemic, by the middle of the year sales had started to stagnate. Enthusiasm for shopping was dampened by inflation, higher energy prices and other factors.

Looking at the global picture, the drivers behind the recovery in the fashion industry are the wider economic recovery, stronger consumer sentiment, savings built up during the pandemic and pent-up demand, which is set to be particularly strong for back-to-work and occasion wear.

“Overall, global fashion sales are on track to pick up momentum in 2022, as increasingly hopeful consumers unleash pent-up buying power, refreshing their wardrobes as social life begins to resume in many key markets around the world,” says McKinsey’s report.

“While the luxury sector is expected to achieve a full recovery by the end of 2021, the wider fashion industry is not set to return to pre-pandemic performance levels until early 2022. This is a much quicker recovery than was expected six months ago.”

The worsening economic data coming out of the US and yet another coronavirus lockdown in China will tip the world into a global recession, the Institute of International Finance (IIF) said in a note on July 1.

NEO: Rising in the East, Setting in the West: Russia strengthens trade with Global East

As global supply chains undergo a momentous shift and Western markets decouple from Russia, the latter is looking to new markets and old partners for trade and investment.

Global inflation refuses to be tamed and with price increases in the US hitting 8.6% in May, its highest level in 40 years, the Fed is expected to continue tightening monetary policy by hiking rates that will suck liquidity out of emerging markets.

The economics of herding in Mongolia

More and more young people may be leaving the physically demanding herding life behind to seek their fortunes in the cities, but it remains big business.

EXPLAINER: how a price cap on Russian oil might work

Europe is scrambling to find alternatives to Russian crude oil, natural gas and coal. But the fact remains that despite recent cuts in the amount that the EU buys from Russia, Moscow’s revenues from hydrocarbon exports still surged 40% this year.

US and Chinese slowdown will tip the world into recession, says IIF
5 hours ago
NEO: Rising in the East, Setting in the West: Russia strengthens trade with Global East
1 day ago
Stagflation fears continue to rise
1 day ago
The economics of herding in Mongolia
3 days ago
EXPLAINER: how a price cap on Russian oil might work
3 days ago