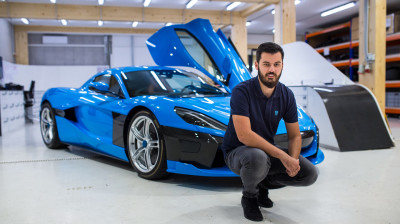 Luxury automaker Porsche has increased its stake in Croatian technology and sports car company Rimac Automobili to 15.5%, Porsche announced on September 6. Porsche said it was strengthening its existing partnership with Rimac after it bought a 10% stake in Rimac in June 2018.

Rimac, founded by 31-year-old entrepreneur Mate Rimac, develops and produces electromobility components and also produces its own electric super sports cars. As such it has aroused considerable interest from established automakers which are anticipating the shift from fossil fuel to electric cars over the coming years and decades. Porsche referenced its electric mobility campaign when announcing its latest equity investment.

“We quickly realised that Porsche and Rimac can learn a lot from each other. We believe in what Mate Rimac and his company have to offer, which is why we have now increased our stake and intend to intensify our collaboration in the field of battery technology.”

Rimac Automobili grew out of Rimac’s hobby of building and racing electric cars, which began after he converted his BMW 3 Series into an electric car in his garage, as bne IntelliNews reported in 2016 following an interview with the company.

Rimac won his first race against gasoline-powered cars in 2010 with the prototype, realising in the process that in order to create his electric supercar he’d need to develop most of the technology and know-how from scratch.

Today, the Zagreb-based employs around 550 people. Its latest electric car, the C Two, was launched at the Geneva International Motor Show last year. However, its focus is on battery technology within the high-voltage segment, electric powertrains and developing digital interfaces between humans and machines (HMI). The company also develops and produces electric bikes through its sister company Greyp Bikes.

In addition to Porsche, South Korean carmaker Hyundai Motor Group signed a €80mn strategic partnership deal with Rimac Automobili, according to which the two companies will collaborate on the development of two high-performance electric vehicles by 2020.

“Gaining Porsche as a stakeholder was one of the most important milestones in our history. The fact that Porsche is now increasing its stake is the best form of confirmation for our collaboration and represents the foundation for an even closer relationship,” commented Rimac.

“We are only at the start of our partnership – yet we have already met our high expectations. We have many collaborative ideas that we aim to bring to life in the future. The fundamental focus is creating a win-win situation for both partners and offering our end customers added value by developing exciting, electrified models.”

On top of founding his own highly successful business, Rimac has longer-range ideas of revitalising the Croatian car making industry. Croatia could become the next car-making hub in Central and Eastern Europe region, he told meeting with Prime Minister Andrej Plenkovic and other top government officials earlier this year, presenting an in-depth study of the car industry’s future development. He emphasis how Croatia is potentially more attractive to international auto manufacturers than the other countries from the CEE region.

Investors hot for corona Eurobond issues from Southeast Europe
Easing of lockdowns offers hope to emerging Europe’s COVID-struck economies
LONG READ: The Growers - a handful of countries in New Europe are coping with the coronacrisis and are still expanding

Aim is to connect 5mn households to internet television and video-on-demand services.