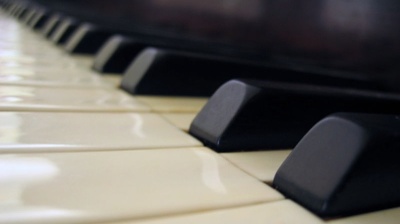 The traditional Czech family business that is the largest producer of acoustic grand and upright pianos in Europe, Petrof, has apparently lost a contract to supply instruments worth €200,000 to China, due to the visit of Czech senate chair Milos Vystrcil to Taiwan, the Czech News Agency reported on September 4.

"A business partner for Beijing and its surroundings has written to us that there are rumours in China that the Chinese government plans to impose sanctions on the Czech Republic and its goods and that the company does not have the ability to pay fines. Thus they asked us to suspend our supplies," the president of Petrof Zuzana Ceralova Petrofova told the news agency.

Christian Democratic MEP Tomas Zdechovsky, in a reaction to the news, decided to help Petrof. Zdechovsky, who comes from the same town as the company, contacted ambassadors of democratic countries, including Taiwan, to see if they would be interested in the canceled contract.

"Our companies cannot be dependent on the Chinese market, and be terrified of whether or not we will make the Chinese angry,” said Zdechovsky, adding that “Czech business will not collapse as a result of one visit to Taiwan. After all, China is cheerfully trading with Taiwan.” According to him, it is possible that Taiwan will take over the shipment.

For Petrof, China has been the biggest market out of the 65 countries that it exports to. In August, the company marked the 80th anniversary since it delivered its first instrument to China. Recently the company also opened its second showroom and a cafe called Petrof Gallery in the city of Xi’an, the only one outside the Czech town of Hradec Kralove.

At the occasion of the 80th anniversary, Petrofova stated that the company’s “achievements in the Chinese market are based on our acceptance and respect for the cultural differences and the ability to adapt to Chinese rules. This market is not only a key trait of our business but also a pleasant place to look forward to.”

As reported by the news agency, the family foundation of Czech billionaire Karel Komarek, owner of KKCG group, announced on September 8 it decided to buy pianos and grand pianos from Petrof as agreed in the Chinese contract and donate them to Czech schools.

"We decided to buy the pianos as soon as we found out about the issue. My wife and I agreed that our foundation would immediately donate them to Czech schools. We would like the 11 instruments to become a symbol of Czech pride and cohesion," said Komarek, quoted by the news agency.

Growing number of governments consider second lockdowns to tackle autumn COVID-19 wave
The billionaires club, where the mega-wealthy go to meet each other
CEZ approves sale of Romanian assets to Macquarie