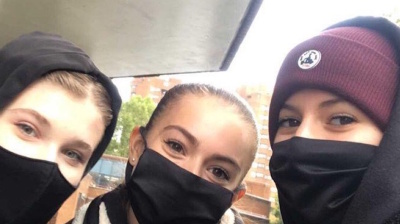 Poland recorded 5,592 new COVID-19 (coronavirus) in the past 24 hours, the Ministry of Health said in its daily morning report on October 21. The number of cases jumped 86% in weekly terms.

Health Minister Adam Niedzielski admitted on October 20 that the government had not expected such adynamic worsening of the pandemic crisis. “If the situation continues, it will disrupt all the forecasts that we have made,” Niedzielski told a press conference on October 20.

A second consecutive day of new cases nearly doubling in weekly terms has the government scrambling for solutions. The strategy appears to be targeting the rise in new infections on a regional level. The bulk of the new cases come from Poland’s eastern regions of Bialystok and Lublin, as well as the eastern part of the Warsaw region.

“We believe that … the solution is to respond at the regional level. We want to combine three parameters: the number of the vaccinated, infections and the hospitalization rate in a given region [in order to] define epidemic zones,” Deputy Health Minister Waldemar Kraska told a press conference.

“We are discussing this for now,” Kraska added. The government's critics have long said that merely "discussing" the issue is much too late now, as the coronavirus continues to spread fast.

The government is “worried” not just by fast weekly rates of growth in new cases but also by the fact that more and more people have to be hospitalized. “Those are mostly people who have not been vaccinated,” Kraska said.

Poland has vaccinated only just over half of its population of 38mn with conspiracy theories of the vaccines being “an experiment” circulating widely. The government has not implemented any measures to discourage dodging vaccination such as so-called Covid passports in France.

The least vaccinated regions also happen to be the most pro-government, giving the potential regional restrictions an extra layer of being a political problem on top of a public health emergency.

Experts from the Warsaw University who help the government project the course of the pandemic said in September that in the worst-case scenario, the fourth wave could peak at around 50,000 new cases a day and totalling 35,000 more deaths before herd immunity is achieved.

The pandemic led to an unprecedented, even if mild, recession in Poland. GDP shrank 2.7% in 2020. A rebound of at least 5% is still expected in 2021, most analysts say.

Kremlin says talks have begun with the US over Ukraine crisis, but no breakthroughs achieved

Kremlin says talks have begun with the US over Ukraine crisis, but no breakthroughs achieved
2 hours ago
In first ICJ rulings, Armenia largely comes out on top of Azerbaijan
2 hours ago
Romania’s ruling coalition divided over “solidarity tax” for large companies
3 hours ago
Corruption scandal brings down senior Fidesz politician
3 hours ago
Putin-Biden summit fails to resolve the Ukraine military build-up crisis
11 hours ago