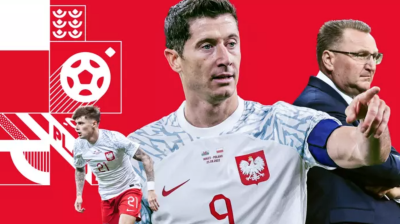 Poland advanced to the knockout stage of the World Cup in Qatar for the first time since 1986 despite suffering a miserable 2-0 defeat by Argentina on November 30.

Poland will now play the defending world champions France in the round of the last 16 on December 4. France will be hot favourites against the Poland team, which played a poor game against Argentina, giving up possession and failing to create chances.

The game was goalless at half-time after Argentina’s star striker Lionel Messi missed a penalty, saved by Poland’s Wojciech Szczesny, his second saved penalty in the tournament.

After the break, Argentina upped the pace, with Alexis MacAllister putting the South American team in front in the 46th minute. Julian Alvarez added a second goal in the 67th minute.

Poland was unable to respond, failing to keep the ball or launch a counterattack, and limited their play to keeping the scoreline while awaiting the result of the Mexico – Saudi Arabia game.

Mexico were leading 2-0 at one point and needed one more goal to move above Poland on goal difference; a Saudi Arabia goal late into the game ended Mexico’s hopes.

“We are through to the knock-out stage after 36 years,” Poland’s coach Czeslaw Michniewicz told a press conference after the game.

“What the style was tonight everybody could see … We didn’t play nice, and well and we lost,” Michniewicz said, adding that the game was “the sweetest defeat”.

“It’s nice. I wasn’t even born when Poland last made it to the knock-out stage so it’s nice to be a part of this story,” Poland’s goalkeeper Szczesny said right after the game.

Of the other CEE/SEE teams, Croatia appear poised to go through to the last 16, sitting at the top of Group F after two games. Croatia,  the strongest team from the region in recent years, came second in the 2018 World Cup and have qualified now for three consecutive World Cups.

Serbia is at the bottom of Group G but could go through if they beat Switzerland and if Cameroon fail to beat one of the tournament favourites Brazil in the concurrent game on December 2.

Only three CEE qualifiers for the World Cup has become the standard performance by the region in recent years. Four qualified in 2018 but that included Russia, the hosts, who qualified automatically. In 2006 five CEE teams qualified.