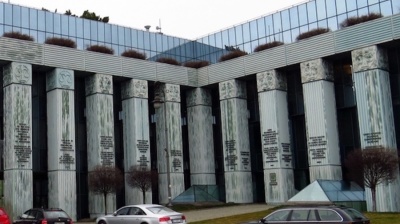 Poland already dropped the contested changes in December after the CJEU issued an order compelling Warsaw to reverse the changes. The court thus sided with the arguments of the European Commission, which sued Poland in September.

The Commission pressed on with the case, however, deeming it necessary to enshrine in the EU’s legal order that any member state’s tinkering with the independence of the judiciary must be contained.

“Lowering the retirement age of the judges of the Supreme Court is not justified by a legitimate objective and undermines the principle of the irremovability of judges, that principle being essential to their independence,” the CJEU’s said in a statement.

The reform ordered Supreme Court judges to retire at age 65 unless they asked the president to continue their work. The president was given power to reject such requests, and his decision could neither be reviewed nor challenged.

The reform was a part of the ruling party Law and Justice’s (PiS) wider push that aimed at controlling the judiciary in Poland. PiS controls the Constitutional Court as well as reformed the National Council of the Judiciary (KRS), a body tasked with nominating judges, to ensure it can appoint most of its members.

The ruling party claimed the reform would end corporatism in the judiciary branch, remove judges active during Communism, and make courts more accessible and efficient for the rank and file Poles.

The CJEU is expected to rule on the KRS reform and other aspects of PiS’ judiciary reforms later this year. A non-binding opinion from the court’s general advocate on those cases is due on June 27. The CJEU is not bound by the opinion but has sided with it in its rulings in the past.