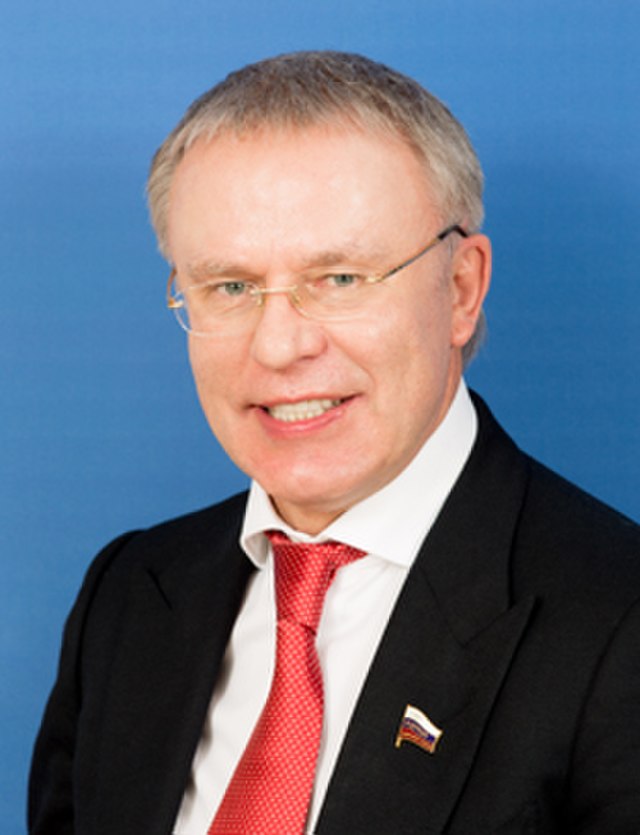 The jury is still out on whether the UN's COP 26 climate conference in Glasgow is a success. It will all come down to the contribution of delegates, who are now taking over from national leaders in discussions to form a global framework for combatting climate change.

China and Russia have drawn significant criticism from Western leaders, including Joe Biden, for not sending their heads of state to the conference. Much still hangs in the balance, though, and eachy country's negotiators have been given extensive responsibilities by leaders in the hope of ending the conference with a consensus.

bne IntelliNews hosts ice hockey legend Vyacheslav Fetisov, now a Russian environment ambassador and delegate to COP 26. Together with Tom Blackwell of emerging markets PR agency EM, they discuss the ecological challenges facing the world and the chances of reaching a deal at Glasgow.

Is best known as one of the greatest defensemen in the history of ice hockey. He has two Olympic gold medals and seven world championships, as well as winning acclaim in the USA with the Detroit Red Wings and the New Jersey Devils. He has also had a career in politics, and has been elected to the Russian State Duma, as well as serving as the Minister of Sport from 2002-2008. Now, he is a committed environmentalist, advocating for the protection of the Arctic and the Southern Ocean. In 2018, he was appointed UN Environment Patron for Polar Regions, and he is now a Russian delegate to COP 26.

The interview will be conducted by Tom Blackwell, the Chairman and co-founder of emerging markets PR agency EM.

PODCAST: War or Peace? Russia and US talks on NATO expansion and European security

WoE: Retail in the time of corona with Sergei Goncharov, CEO of Pyaterochka

PODCAST: War or Peace? Russia and US talks on NATO expansion and European security
WOE: Hopes and expectations for COP 26 with Russian delegate Vyacheslav Fetisov
WoE: Retail in the time of corona with Sergei Goncharov, CEO of Pyaterochka

Get notified when there's a new bne IntelliNews podcast added.