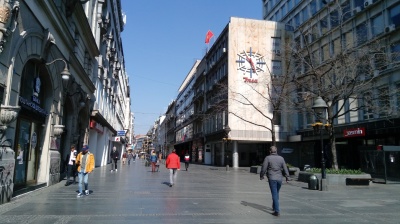 Paysend, a global fintech company with 7mn customers, announced on May 26 that it has opened its new European technology centre in Serbia. The new technology centre will focus on software development, the company said in a press release.

Abdul Abdulkerimov, co-founder and chairman of Paysend, said the decision to set up the centre in Serbia was based on the infrastructure and support that the government is providing to encourage the growth of technology and startups.

“Working in partnership with the government of the Republic of Serbia we want to help put Belgrade on the map as the next fintech capital of Europe. We look forward to establishing ourselves in Belgrade and contributing to the goal of developing a strong, globally competitive digital economy in Serbia,” added Abdulkerimov.

“Digitalisation and the fourth industrial revolution has provided a unique opportunity for Serbia and its citizens to leapfrog other countries, particularly in the fields of technology, innovation, foreign direct investment and R&D. Serbia’s ability to attract leading technology and FinTech companies, like Paysend, is evidence of the strategic investments we have made in recent years to develop and strengthen the technology and startup ecosystems in Serbia,” said Serbian Prime Minister Ana Brnabić, who attended the launch.

Paysend aims to grow its headcount in Belgrade to up to 100 people by the end of 2022.

Paysend is a next generation integrated global payment ecosystem, enabling consumers and businesses to pay and send money online anywhere, anyhow and in any currency. The UK-based company was created in April 2017 with the mission to change how money is moved around the world.

Among many other competitors, it will take on BluTV, the market leader in Turkey’s subscription video-on-demand (SVOD) market with a 42% share.

First goal for Agriniser will be to expand its digital marketplace to buy and sell grain into Romania.

Investments into Serbian startups soared more than 600% in 2021

Serbian startups attracted over $135mn of investments in 2021 – more than six times as much as in the previous year.

One country’s brain drain is another country’s gain. In the competitive business of IT outsourcing, Uzbekistan wants to wind up on the right side of that equation.

EWDN: Yet another Ukrainian-founded unicorn: airSlate raises more than $50mn in the US

Disney+ comes online in Turkey
4 hours ago
Romanian crowdfunding platform SeedBlink helps Bulgarian startup Agriniser raise funds
5 days ago
Investments into Serbian startups soared more than 600% in 2021
5 days ago
Uzbekistan’s IT sector on fire and targeting the vast US market
9 days ago
EWDN: Yet another Ukrainian-founded unicorn: airSlate raises more than $50mn in the US
10 days ago