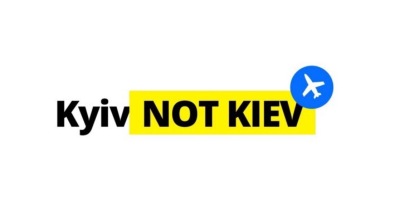 After resisting for years, two more leading publications have switched the spelling of Ukraine’s capital from Kiev to Kyiv.

bne IntelliNews has been using Kyiv since it was founded in 2006 as the more politically correct version of the name, but the question of the spelling of Kyiv has become politically loaded since the start of the Russia-backed military conflict in Donbas and Russia’s annexation of the Crimea in 2014.

This week both Bloomberg and the Associated Press (AP) changed their style guides to mandate the Kyiv spelling. The Guardian had already made the change over a few months ago.

bne’s editors had called on editors at the Financial Times and the Guardian, with whom we work occasionally, to change to Kyiv several years ago, but they always resisted.

“It’s the chicken thing,” one editor at the FT told this correspondent, justifying the decision to keep using Kiev.

AP specifically said in its statement that the dish being referred to would remain “Chicken Kiev” although the spelling of the capital now changes.

Other countries have suffered similar problems, also with little success as the Russian transliterations are now deeply embedded in the style guides of newspapers and autocorrects of computers.

Kazakhstan had a brief go at getting people to drop the “kh” in the middle of its name and replace it with an "x", which is the transliteration from the Kazakh version of Cyrillic, but without success and eventually gave up.

More recently the country has made a major overhaul to its alphabet and reduced the number of characters to make typing on keyboards easier among other things. However, the upshot was the transliteration of county’s name becomes Qazaqstan, a version of the spelling that has been almost universally ignored by everyone outside of Kazakhstan.