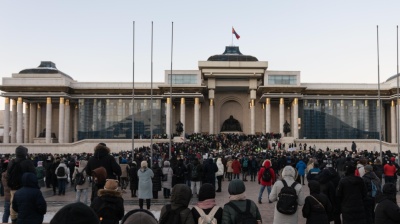 For Mongolian youth, word of a scandal in which officials are said to have embezzled state coal export profits was the straw that broke the camel’s back on December 5 as hundreds assembled for an Ulaanbaatar demonstration that saw a minority attempt to storm Government Palace, breaking windows and tearing down perimeter fences in the process.

The protest was a follow-up to a December 4 gathering of just dozens who assembled at the Palace to demand the names of officials who have allegedly stolen state coal shipment profits of Mongolian tughrik (MNT) 44 trillion ($12.8bn). As the unrest grew, the State Ikh Khural (Parliament) held an emergency session in an online format and Ulaanbaatar Governor and Mayor Dolgorsurengiin Sumiyaabazar issued an order to use force to disperse protesters on the capital's central square, named Sukhbaatar Square, and near the Palace. Local news provider Eguur reported that all the protesters left Sukhbaatar Square by 11pm local time after the police forcefully intervened, but not before other incidents such as the setting aflame of a straw Christmas tree. 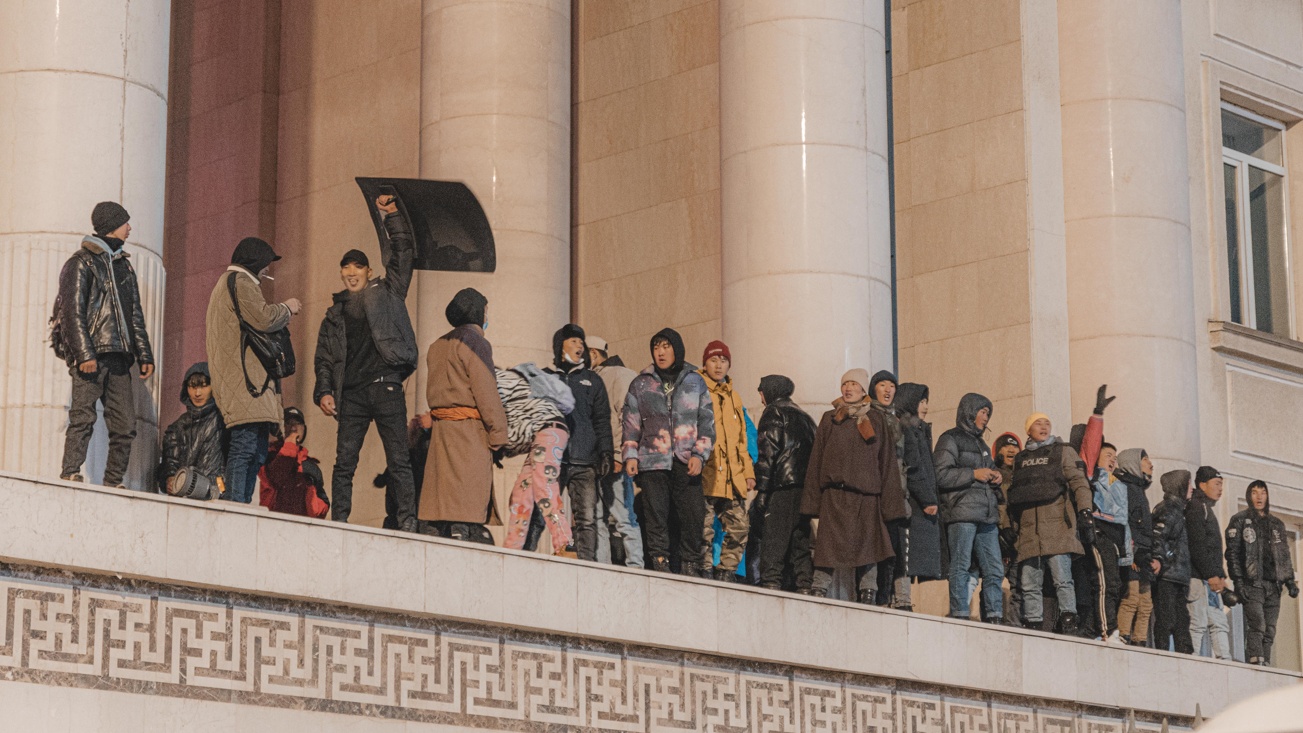 Some protesters made it into the grounds of Government Palace (Credit: All photographs by Anand Tumurtogoo).

There were anxieties that the protest could turn more violent, but it did not because the majority of the protesters strived to keep it peaceful. There were few reports of police and protesters being injured.

It was the second time this year that Mongolian youth had marched on Sukhbaatar Square, demanding accountability from elected officials. To do so this time round, they braved a winter temperature of around -25°Celsius.

This latest protest is widely regarded as a response to the perceived lack of action from the government that has followed the first demonstration, a two-day protest that took place in early April.

Responding to demands made in that first protest, Prime Minister Oyun-Erdene Luvsannamsrai promised to keep inflation low, find solutions to address wages that mire citizens in poor living standards and cut government spending. Sadly, by the end of October, Mongolian inflation was running at 14.5% and the impoverished population had been treated to several gaffes from a government seen holding extravagant events during public holidays attended by administration officials and foreign dignitaries. To top things off, Mayor Dolgorsurengiin drew unfavourable attention by allocating MNT 3.2bn (towards $1mn) in expenses to Selbe River improvement projects. Thus, the talk of government officials pocketing more than $12.8bn over a decade was always going to spur plenty of people to defy the cold and ignite a big demonstration. 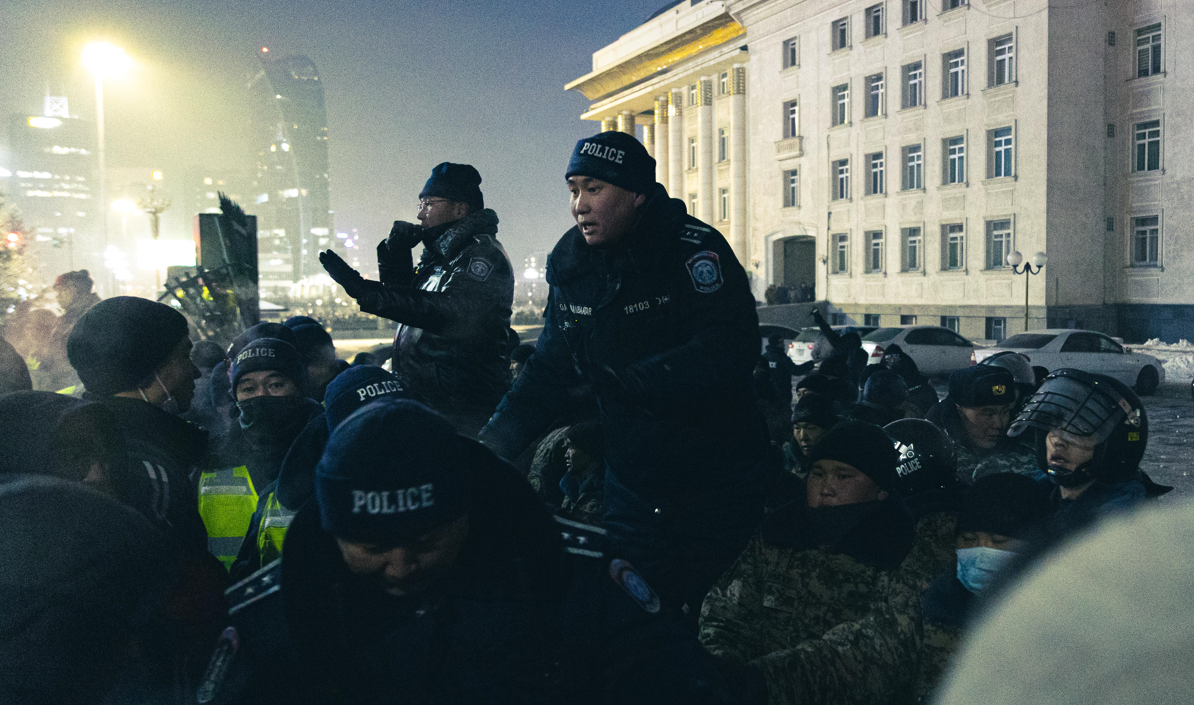 Police were instructed to use force to break up the demonstration from 9pm local time.

On November 22, Minister of Economic Development Khurelbaatar Chimed briefed the press on the coal affair, in which officials are said to have stolen coal consignments earmarked for export and sold them as their own. Khurelbaatar described the case as one in which 364,000 tonnes of coal were illegally exported over a four-year period. Those involved in the coal robbery would face justice, he insisted, but he did not name any of those accused or under suspicion.

The initial coal theft protest was sparked after opposition lawmakers in parliament demanded open hearings on the scandal, claiming that the thieving actually dated back to 2013. At the second, far larger protest, the much-heard refrain was that the government has proved itself incapable of raising the living standards of the hard-pressed people and is full of officials with little accountability who simply use their state positions to enrich themselves.

Some protesters outlined their demands as: “We demand that members of parliament and officials involved in the coal theft case be suspended, be held ethically accountable, be fined for the monetary damages caused, and be held legally accountable. If this requirement is not fulfilled, measures must be taken up to the dissolution of the Parliament.”

This provision of a few names in no way satisfied the protesters. "We know there are more people who stole from the public, naming [these] people will not change things, we want actual accountability, and the dismissal and jailing of the [guilty] people," a 22-year-old protester, who asked to remain anonymous, told bne IntelliNews.

Truth be told, the protest, just like the one in April, was marked by disorganisation, with no overarching goal. It was simply made up of people fed up with the state of the country and with having no life prospects. "I'm here again, demanding not to have to become a slave in a foreign country in order to have a better future," remarked Aruinchimeg, a 21-year-old university student. “I just want to hang out with my friends whenever I want, without having to worry about money."

Despite the fact that the demonstration was dominated by young people, some older people did come out to support the demands of the young generation. "I understand these young people's anguish. How can young people not be angry when their parents are living just to pay off debts?" said Tsegmid Galbaatar, a 48-year-old construction worker.

In April, the protesters came with hope, hoping to jolt officials into more effective governance and the securing of improved lives for citizens. They chanted "Do your job!", but did not call for resignations as they were prepared to give the administration a chance. This time, there were plenty of such calls, with many directed at members of the Parliament. Protesters even attempted to rally the police against the legislators, chanting, "Police, unite with us!", and criticising the police service for protecting criminals rather than the people of Mongolia. 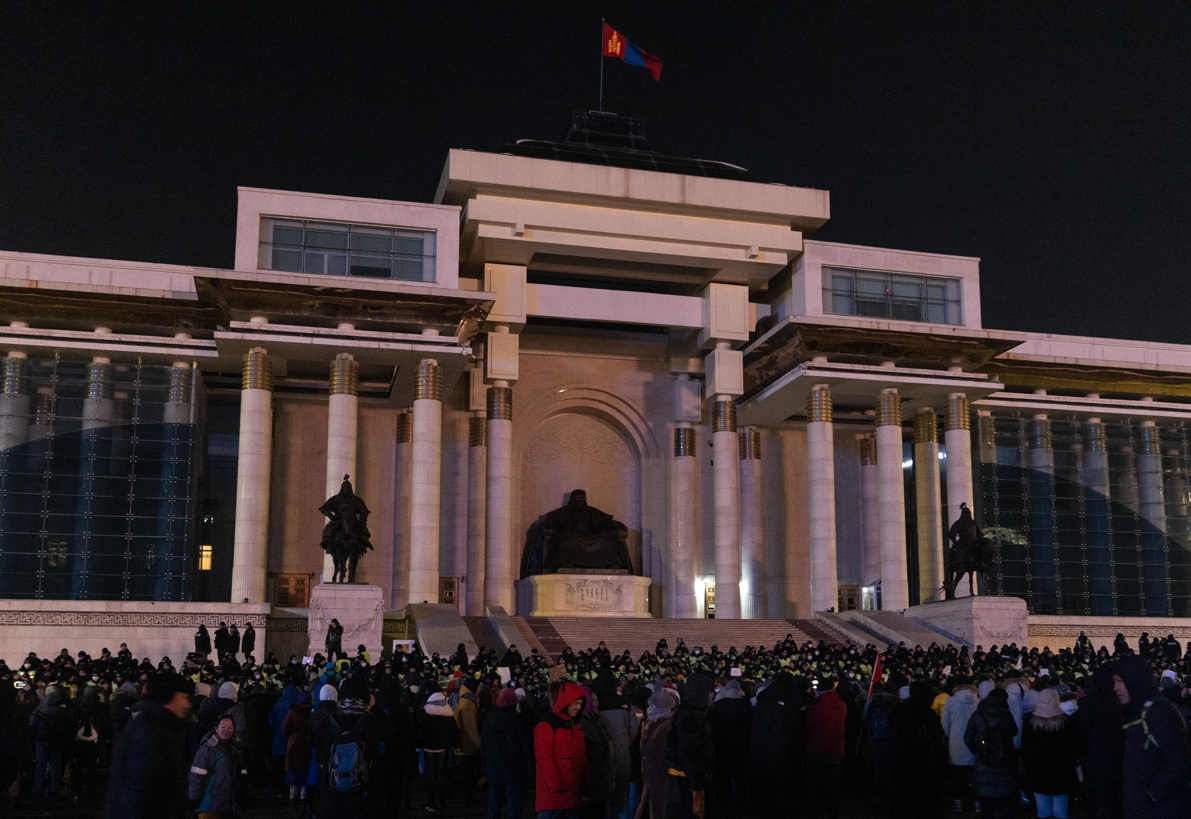 Despite the bitter cold, the last of the protesters did not depart until around 11pm local time.

Following the dispersal of the protest, the lawmakers who met digitally in an extraordinary session decided there was no need to declare a state of emergency, according to local news outlets. However, if the situation with the unrest deteriorates, it is clear that the Parliament will back the implementation of relevant measures based on national security recommendations.