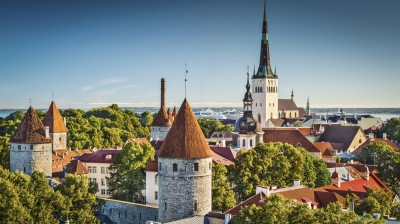 When the Estonian government launched its ambitious e-residency programme in late 2014, little did Tallinn think that the country’s largest-ever money-laundering crisis, with the local unit of Danske Bank at its centre, would make companies registered by non-residents undesirable clients for banks operating in the country.

“All countries seek relationships with non-residents, for example to encourage foreign investment, but Estonia is the first country to officially acknowledge that relationship through e-residency,” Adam Rang, head of content at the e-residency programme, tells bne IntelliNews. “E-residents can then conduct business using an EU company that they can run entirely online from anywhere, with minimal costs and hassle.”

Today, any foreigner may apply for Estonia’s electronic identification document via the country’s diplomatic missions abroad. After a clearance procedure conducted by the nation’s law enforcement authorities, one can obtain an ID card that provides access to a set of governmental services that allow one to register a company remotely.

A foreigner pays EUR100 for an ID card, while for an extra EUR500, it is possible to register a company in Estonia with a legal address and a local representative person (the fee includes a one-year contract for the address).

“This kind of location-independent entrepreneurship is considered normal to Estonians, as we’ve been using digital IDs to eliminate bureaucracy and offline hassle since 2002,” Rang adds. “For people around the world who otherwise face barriers to entrepreneurship, this is a game changer.”

As of late April, there are almost 55,000 e-residents registered in Estonia. One quarter of them are Finns, who traditionally have close commercial, economic and cultural ties with Estonia, with Russians and Ukrainians also numerous. (bne IntelliNews’s parent company is also registered in Estonia.)

According to Rang, when the e-residency programme was launched four and a half years ago, it was immediately popular with people who were already conducting business in Estonia. This is why why there is a large number of e-residents from neighbouring countries Finland and Russia.

“After that, there was also a notable surge in interest in Ukraine, where Estonia has strong connections,” he adds.

“Ukraine is home to a large population of IT professionals on the edge of the EU market, yet if they register their own company locally then they face a range of complications for conducting cross-border business, including the fact that [the payment system] PayPal isn’t available for Ukrainian companies,” he says. “E-residency enables them to remain in Ukraine, still pay all their taxes in Ukraine, but operate within the legal framework of the EU with a company that can access services like PayPal.”

A serious blow to the e-residency programme was struck by the country’s largest-ever money-laundering crisis, which unfolded in 2018 around the local subsidiary of Danske Bank.

The lender had been under scrutiny over $230bn of suspicious transactions made by clients from Russia and other post-Soviet countries in 2007-2015. In February, Estonia’s banking supervisory authorities ordered Danske Bank to close its unit in the country.

Against the background of the growing scandal, other banks with operations in Estonia started to perform checks on client companies that were found to be non-resident in the country. Often, the accounts of those companies were closed as a result of the checks, in order to avoid unnecessary risk for the banks.

However, the results of the checks varied. According to one Ukrainian entrepreneur who had registered a start-up in Estonia as an e-resident, the local unit of Swedbank requested additional information about his company in 2018.

“After the check, they allowed us to keep our account at Swedbank. Although, given the situation, we decided to open a second account with a different bank, LHV,” the businessman told bne IntelliNews on condition of anonymity.

Indeed, Estonia’s largest locally-owned bank LHV has gained a reputation as the most loyal lender towards e-residents. The lender remains among the service providers officially recommended by the e-residency programme, while Swedbank has recently been removed from this list.

Around 6,900 companies have been registered in total by Estonia’s e-residents so far. With 720 firms as of late April, Ukrainian-owned companies are currently the most represented nation.

According to LHV’s spokesperson Priit Rum, around one quarter of these companies have opened an account at LHV bank, which “corresponds to the overall new bank account opening market share of LHV within the market as a whole.”

“For us, e-residents are like any other non-residents,” Rum tells bne IntelliNews. “All e-residents, whether as private persons or the companies they have established, are handled like non-residents in both onboarding and later processes.”

The local unit of Swedbank declined to comment on the additional checks for its non-resident clients. At the same time, Kristiina Herodes, communication manager at Swedbank Estonia, said that “knowing our customers and having a clear understanding of our customers profile is very important for Swedbank.”

“Just like with other potential non-resident customers, in case of e-residents we have to perform due diligence processes to ensure that the bank understands their business, the origin of their funds and the nature of transactions, etc., which might be more difficult in case of non-residents,” she said in a statement e-mailed to bne IntelliNews.

Meanwhile, on April 25, Swedbank’s headquarters in Stockholm admitted to failings in combating money laundering. The statement followed investigations aired by the Swedish broadcaster SVT earlier this year, which alleged gross transactions worth up to EUR20bn a year from high-risk, non-resident clients, mostly Russian, through its Estonian branch between 2010 and 2016.

On April 10, Estonia’s financial watchdog, Finantsinspektsioon, said that the financial supervision opinion is that the risks to Estonian banking from serving non-residents have been “substantially” reduced, as the majority of the banking sector is not at high risk of money laundering and was now focused mainly on serving local or related business and private clients.

The statement followed “extraordinary” anti-money laundering inspections at all the banks and branches of foreign banks operating in Estonia in late 2018 and early 2019.

“We are giving a single and consistent message to the managers of the banks that Estonia is no place for dodgy banking,” Andre Nomm, a member of Finantsinspektsioon’s management board, said in a statement.

While banks are becoming cautious in providing services to e-residents, financial technology companies are eager to gain a foothold. Specifically, the e-residency programme officially recommends the services of Finland’s Holvi and US-headquartered Payoneer.

This tendency gained additional momentum in December, when Estonia’s parliament greenlighted amendments to the country’s Commercial Code to remove the requirement that limited companies must use an Estonian bank account when registering share capital.

From January 2019, they can instead use a ‘credit or payment institution in the European Economic Area’ for this.

“This not only expands the countries where the banking providers can be based, but also the types of banking providers offering these business accounts. A ‘credit institution’ is a bank, but a ‘payment institution’ covers many financial technology companies too,” according to Victoria Saue, head of legal and compliance at the e-residency programme.

Leon Aldoshin, managing partner at Payoneer, admits that one of the main obstacles threatening the success of the e-residency programme is access to banking services for their members. “We saw this partnership as a great opportunity to help e-residents overcome these substantial challenges by providing them with our numerous convenient and low-cost digital payment solutions,” he tells bne IntelliNews.

Payoneer is fully authorised and regulated in the EU member-states, US, Canada, Hong Kong, Japan and India. “As such, we must adhere to the most stringent regulatory compliance processes specifically designed to protect against money laundering and other financial and tax violations,” Aldoshin adds.

At the same time, Payoneer “understands and appreciates” the need for “traditional” banks to establish tough policies towards e-residents, “as they [banks] simply do not have the infrastructure, expertise and manpower in place to conduct the advanced compliance due diligence checks required to safeguard against these very real threats”.

“Unfortunately, the high barriers to entry imposed by Estonian banks result in a form of collective punishment which can alienate legitimate businesses simply because they’re located in high-risk geographies,” Aldoshin believes. “Together with the e-residency programme, we are proud to be able to provide such deserving businesses the opportunity to participate in the global economy.”

Almost as soon as the double whammy of the coronavirus pandemic and a concurrent collapse in oil prices hit Russia’s economy last March, the government reacted by introducing a mortgage subsidy programme; that may end this summer.

British Prime Minister Winston Churchill was in Moscow in winter to meet Stalin during WWII. Passing a group of Russians he asked his driver: "What are they doing?" "Eating ice cream, sir." He paused and said: “These people will never be defeated."

Russia’s economy contracted less than feared in 2020 and now it is bouncing back from the coronacrisis faster than analysts were expecting.