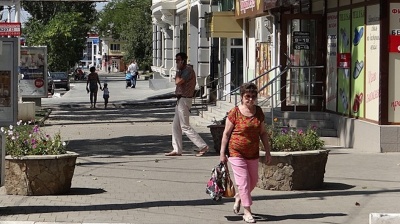 By Iulian Ernst in Bucharest October 8, 2019

The Moldova government and telecom market regulator ANRCETRI plan to issue an operating license for the 800MHz band in the separatist republic of Transnistria to Interdnestrkom (IDC), part of Sheriff holding, Moldova’s largest mobile telecom operators Orange Moldova and Moldcell revealed in a white paper criticising the plans, as reported by Mold Street.

The plan was initiated by the authorities involved in the settlement of the Transnistrian problem — the territory east of the Dniester river broke away from Chisinau’s control amid the breakup of the Soviet Union and remains de facto independent, supported by Russia — in 2017 and passed by the cabinet of former prime minister Pavel Filip in 2018.

An amendment to the law on electronic communications was drafted to empower ANRCETI to reduce the area of coverage for the licences already extended. Based on this amendment ANRCETI initiated negotiations with the telecom companies on giving IDC operating licenses for the 800MHz frequency band in line with the Moldovan regulations.

At stake are three 15-year licences extended in 2014 for €10mn per license. The licence holders have developed networks based on 4G technologies that they claim that cover nearly the entire area of the country, including the separatist region. The 800MHz frequency is used for providing data services, which are increasingly in demand.

Orange Moldova and Moldcell have objected to the plans, and stressed that the amendment to the law on electronic communications says the area of coverage for licences already extended can only be reduced with the consent of the telecom companies that hold the licences.

The decision to extend a licence to IDC will re-define the two major telcos’ operating rights to exclude the separatist region, which, they said in the paper quoted by Mold Street, can be done only on commercial basis and involving adequate compensation.

“Based on these licences, the operators have built 4G networks that cover most of the territory and population of Transnistria, serving this territory and the adjacent areas, which include over one hundred thousand customers. The 800 MHz frequency band is a strategic asset, as it allows the provision of broadband data services in the high-speed and low-cost extended territories,” the telecommunications operators said in their 2019 White Paper.

According to them, if such a deal has to be enforced, "this can only be achieved by an agreement between the government and Orange and Moldcell concluded on commercial principles, against an adequate compensation for both the investments already made and the incomes that they would have [made from] the exploitation of these frequencies”.

According to the Moldovan telecom companies, in line with the protocol agreed by the authorities, ANRCETI intends to impose upon them the obligation to provide roaming service for the Transnistrian operator at rates that do not cover all the costs of this service.

This would allow IDC to offer services across Moldova in competition with operators on the right bank of the Dniester, they claim.

Estonia and Latvia among first countries to use coronavirus tracing app based on Apple/Google tech
3 days ago
Estonian ride-hailing service Bolt raises €100mn in latest financing round
3 days ago
Romanian firm develops first flat screen recycling line in region
5 days ago
Russia's Yandex.Taxi's IPO still on, as it struggles to stay profitable
12 days ago
Russia's IT segment looks at losses in Q2
12 days ago