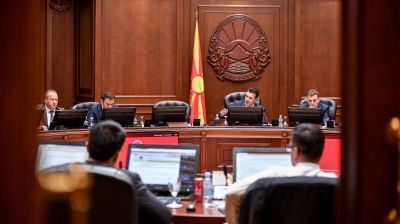 By Valentina Dimitrievska in Skopje July 17, 2019

North Macedonia's government decided on July 17 to discharge nearly 70 directors and members of management and supervisory boards in the first wave of dismissals in state institutions and companies.

This is part of the operation “Broom” to eliminate weaknesses in the government, the ruling SDSM party as well as in public companies, agencies and institutions.

Prime Minister Zoran Zaev already reshuffled the government in June and made changes to the ruling party's bodies following the unsatisfactory results of the April presidential election.

Despite its success in changing the country's name and thereby unblocking North Macedonia's EU and Nato accession prospects, voters appeared to punish the ruling coalition over its domestic policy shortcomings in the first round of the presidential election earlier this year. Its candidate Stevo Pendarovski had the narrowest of leads in the first round of voting, though he eventually emerged as the winner in the second round.

There are various reasons for the dismissals of the officials, Zaev said on July 17. These include dissatisfaction of citizens, involvement in media scandals, failure to implement capital investment, obstruction of operating processes, criticism by international organisations, lack of transparency and poor management.

The dismissals that will continue in future should be an example for future directors and officials to work better, Zaev concluded.