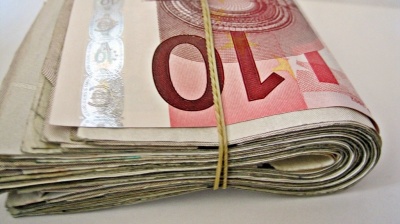 Latvia’s parliament approved legislation to strengthen control over the country’s financial regulator at a session on June 13.

The law was passed after a series of financial scandals, which put Riga under pressure to clean up its banking sector.

Latvia’s third largest bank ABLV was shut down in 2018 after the US Treasury accused it of “institutionalised money laundering” and North Korea sanctions breaches, which led to its collapse. This coincided with accusations that the governor of the Latvian Central Bank, Ilmars Rimsevics, had demanded bribes.

The new legislation sets out the duties of the Financial and Capital Market Commission (FCMC) which regulates Latvia’s financial sector in combating money laundering and terrorism financing (AML/CFT) in the financial sector.

Under the new rules, all members of the FCMC board including its chairman will be appointed by the parliament, said a government statement. This raised expectations that the government is preparing to remove the head of the regulator, Peter Putnins.

The legislation also implements the EU’s 5th Anti-Money Laundering Directive six months before of the deadline. “These changes are in line with international standards and in compliance with the Basel Committee’s banking supervision principles, as they will further improve the transparency of the candidate selection process,” the government said.

“Today’s reform package will strengthen the independence, governance and democratic accountability of the governance structure of the Latvian financial and capital watchdog FCMC.”

The changes are being made ahead of a review by international money-laundering standards watchdog Moneyval, reported Reuters, as some officials are concerned the review could end with the state being labelled risky.

Prime Minister Krisjanis Karinis welcomed the parliament vote. “These ambitious reforms are a big step forward in our fight against money laundering, the financing of terrorism and arms proliferation. These measures demonstrate our unbending political will to make further changes in the financial sector as quickly as possible and to become a leader in transparency and governance in EU,” Karinis said.

Riga also sought to highlight the progress already made this year in cleaning up the financial sector. According to the government statement, the authorities have frozen €83.2mn in assets in 2019 to prevent money laundering, which is five times the amount in the same period in 2018. It has also eliminated over 17,000 shell companies, an non-EU foreign deposits in the country have fallen to just 8%.