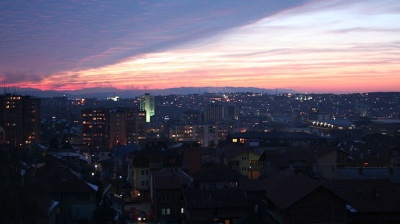 By Valentina Dimitrievska in Skopje October 10, 2021

The new measures were taken only a week after Kosovo and Serbia reached a temporary deal to ease tensions on the northern border sparked by the car plate crisis. On September 20 Pristina imposed a reciprocity measure on Serbia by asking Serbian cars to replace their license plates with temporary ones to enter Kosovo. Ethnic Serbs, unhappy with the decision, blocked two border crossings to Serbia.

Kosovo’s Industry and Trade Minister Rozeta Hajdari was cited by KoSSev as saying that new anti-dumping duty refers to imports of cattle and poultry concentrate of €0.03 per kilogram as well as to building blocks of €0.03 per unit.

Hajdari said that the decisions are in line with the Kosovan constitution and laws on anti-dumping measures.

“The decisions were taken after separate reviews and analyses by the trade department, which acted in line with the demands of local producers. The investigation was launched at the proposal of the commission on import duties. The reviews confirmed that those products are being sold at lower prices in Kosovo than in Serbia,” she explained.

Serbian director of the Office for Kosovo, Peter Petkovic, said that by taking anti-dumping measures, Pristina is trying to cause new instability again and raise tensions on the ground.

"As a rule, at the finish of any pre-election campaign, Pristina takes measures that are directed against Serbs, and this measure does not differ in that respect. It is obvious that Pristina is looking for a reason to cause a crisis and problems on the ground in everything,” Petkovic told Tanjug.

Kosovo is to hold local elections on October 17.

Petkovic was cited as saying that by introducing anti-dumping measures, Pristina has directly violated several provisions of the CEFTA agreement, as well as the EU-mediated Brussels agreement, in the part which refers to free movement of goods.

Kosovan Prime Minister Albin Kurti said a few days ago that the goal of his government is to further reduce the import of goods from Serbia and announced additional measures.

Kosovo unilaterally declared independence from Serbia in 2008, but it is still not recognised by Belgrade as a separate state. The two are engaged in EU-mediated talks on the normalisation of their relations, but no major progress has been achieved so far.