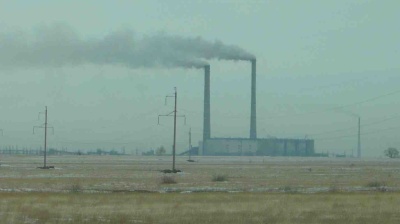 The Kazakh authorities warned on November 28 that Astana could nationalise struggling energy firms following a blackout caused by an accident at a power plant in northern Kazakhstan that left thousands without electricity amid freezing temperatures in the city of Ekibastuz.

"Their mismanagement causes accidents and breakdowns in the supply of electricity," he added.

However, it’s not clear whether officials are seriously considering nationalisations. Kazakh authorities often attempt to make populist claims in order to demonstrate the government’s awareness of the issues in an attempt to divert responsibility from its own role in the matter.

Kazakhstan’s ageing Soviet era infrastructure often leads to electricity disruptions, which stands in contrast to Kazakhstan’s status as a net energy exporter. The Kazakh government said in October that around 65% of regional power grids are in a state of wear and tear.

The rate of power outages has become especially stark last year amid an influx of cryptocurrency mining firms to Kazakhstan — mainly due to crackdowns on crypto mining in China. The Kazakh government did not hesitate to begin setting its own restrictions on mining farms amid the strains they caused to the Central Asian nation’s energy grid. This year, the authorities went after illegal crypto miners in an attempt to shut down as many of them as possible.

In late January this year, Kazakhstan, Uzbekistan and Kyrgyzstan experienced outages that spanned the three Central Asian countries, all of which rely on a Soviet era unified energy system. Kazakhstan responded to this by temporarily cutting off power supplies to crypto mining firms.

The Kazakhstan Electricity Grid Operating Company (KEGOC), which is a state-owned company, had also introduced scheduled blackouts throughout late 2021 in order to prevent a system overload amid a spike in crypto-mining. Interestingly, the blackouts at the time also took place at Ekibastuz close to the Russian border. More specifically, the outages applied to the GRES-1 and GRES-2 power plants as well as the Aksu plant operated by the Eurasian Energy Company.

Last year, Kazakhstan was considering the possibility of importing electricity from Russia in order to compensate for the strain created by crypto-mining, but with the launch of the war in Ukraine this has become an increasingly unlikely possibility as Kazakhstan has been attempting to reduce its economic reliance on its historic ally.

Russian budget deficit soars in January, full year deficit could double to over 6% of GDP
bneGREEN: CEE countries need to invest in more solar and wind to break their Russia energy dependence
Jury still out on the effectiveness of the oil price cap scheme on Russian exports

Polish proposed ban on Russian rubber may give the European tyre industry a flat
1 day ago
Prague to have a new municipal government after record-long negotiations
1 day ago
Party congresses of Hungarian opposition demonstrate deep divisions
1 day ago
At least 500 dead after huge earthquake hits Turkey, Syria in early hours
1 day ago
Turkish minister tells US ambassador ‘Take your dirty hands off Turkey’ as sanctions sparks fly
1 day ago