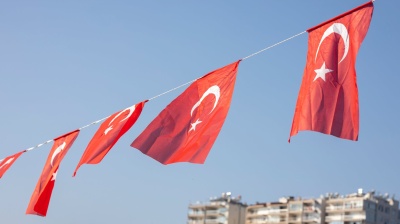 Iranians have risen to the top of the chart for foreign citizens buying residential real estate in Turkey, data provided by the Turkish Statistical Office (TUIK, or Turkstat) showed on March 15.

Iranians have risen to the top of the chart for foreign citizens buying residential real estate in Turkey, data provided by the Turkish Statistical Office (TUIK, or Turkstat) showed on March 15.

The proliferation of buyers from Iran is primarily down to the Erdogan administration’s move to allow a foreigner who spends a minimum of $250,000 on a property in the country to obtain a Turkish passport. The value of the passport is prized by many middle-class Iranians. Previously, such Iranians would look to Canada or the UK for a second home, but in recent years these countries have made travel and market access for Iranian passport holders more difficult.

In February, Iranians bought 477 apartments and holiday villas in Turkey, TUIK said. Over January and February, 936 Iranians purchased property in the country.

Iraqi citizens took second place for purchases, buying 432 residences in Turkey in February, and 817 in January to February.

Russians were in third place in February, buying 259 residences.

Property sales in the coming spring and summer months are likely to see an uptick as coronavirus (COVID-19) restrictions are eased, allowing more travellers to enter Turkey.

bne IntelliNews spoke with one Iranian realtor targeting buyers from his native country from a base in Istanbul.

“Iranians have been among the top investors in Turkey's real estate market over the past [few] years but they have become the top buyers since last year, surpassing investors from Iraq, and Russia among others,” said the businessman, who asked to remain nameless.

He added: “The reason is quite obvious, of course. Iran has been under enormous economic pressure from the US administration under [now ex-president] Trump and the economy is in a terrible condition… Add in high inflation and the continued depreciation of the national currency and you have all the reasons they look for for emigration.”

“With the limited number of options for most Iranians, Turkey is one of the best choices for them. It is just next door. The cost of living is lower than in other countries and the two countries share many religious and cultural values,” he concluded.